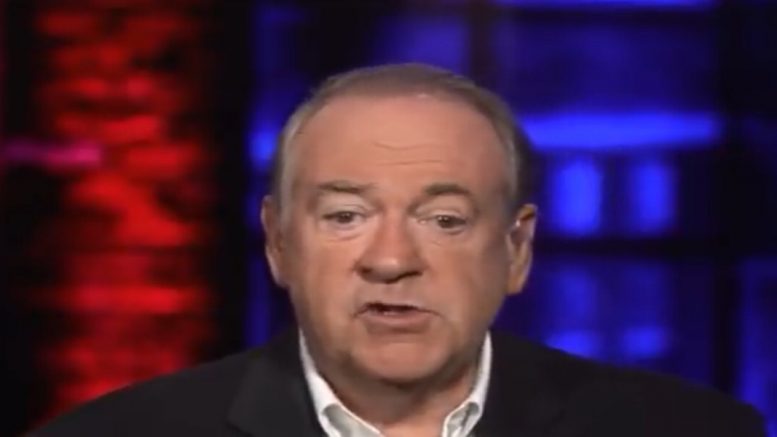 In an article that was recently published by The New York Times, the paper reported that George W. Bush along with other well-known Republicans, will not be supporting President Trump’s bid for re-election.

Former Arkansas Governor Mike Huckabee weighed in on the Times’ reporting during an interview on “Fox & Friends” expressing, “This isn’t about electing a personality, this isn’t Hollywood. This is the rough, tumble world of politics.”

As reported by The New York Times: “Former President George W. Bush won’t support the re-election of Mr. Trump, and Jeb Bush isn’t sure how he’ll vote, say people familiar with their thinking. Senator Mitt Romney of Utah won’t back Mr. Trump and is deliberating whether to again write in his wife, Ann, or cast another ballot this November. And Cindy McCain, the widow of Senator John McCain, is almost certain to support Mr. Biden but is unsure how public to be about it because one of her sons is eyeing a run for office.”

In response, Bush’s spokesman Freddy Ford reportedly told The Texas Tribune that Bush would steer clear of speaking publicly on his presidential vote and deemed the claim made by NYT as false.

“This is completely made up. He is retired from presidential politics and has not indicated how he will vote,” Ford said in an email to The Texas Tribune.

“But if that’s true, and you have people that are nominated, and in the case of President Bush, who was actually elected to be president by Republicans, and they will no longer support the Republican nominee, who went through the process and got elected, then I’m gonna be not just unhappy, I’m gonna be livid,” Huckabee said of the Times’ reporting.

The former Arkansas Governor explained why: “We didn’t all agree on some of the policies of Bush or McCain, or Romney. But when it came down to it, we had a choice. We choose a far left liberal, or we choose somebody who was closer to our views.”

“I get it that Donald Trump’s bedside manner is somewhat like Mean Joe Green than it is the cool, collected Tom Brady, if it’s on the football field,” he expressed. “But here’s what I just don’t understand with these never-Trumpers: this president is more pro-life than we’ve ever had, period. He’s more pro-Israel. He has deregulated so much government, so that the businesses of America can thrive and have since, this COVID stuff happened.” Continued Below

“This is a president who has stood up to the globalists, stood up to the unfair trade practices, brought back American jobs, has done more for minorities than any president in my lifetime and actually helping people have good, decent jobs and a future,” Huckabee explained.

“This is a president who has reformed criminal justice. There’s an incredibly long litany of these he’s done. And some of them say, but I don’t like his personality. Well, get over it. This is not about electing a personality, this isn’t Hollywood. This is the rough, tumble world of politics,” Huckabee stated.

“And maybe he’s not as gentile as some of us would like, but by gosh, he’s getting the job done. And it’s time Republicans rally because if they don’t don’t, they’re gonna get Joe Biden, who isn’t pro-life, who is for higher taxes, open borders. He’s gonna succumb to China– everything that we find disgusting, he’s gonna embrace it, including the socialists out here. That’s why we have to realize this is a simple choice, and we better make the right one,” he urged. Video Below

Mike Huckabee’s full interview; his remarks on Trump critics begins at 1:14 into the video:

(Related: Colin Powell Announces He Will Be Voting For Biden, Trump Reacts: “A Real Stiff Who Was Responsible For Getting Us Into The Disastrous Middle East Wars”)

Huckabee Slams Maddow Upon Hearing Of Her $7 Mil Salary: ‘Why Is Delivering Garbage Worth More Than Hauling It Away’