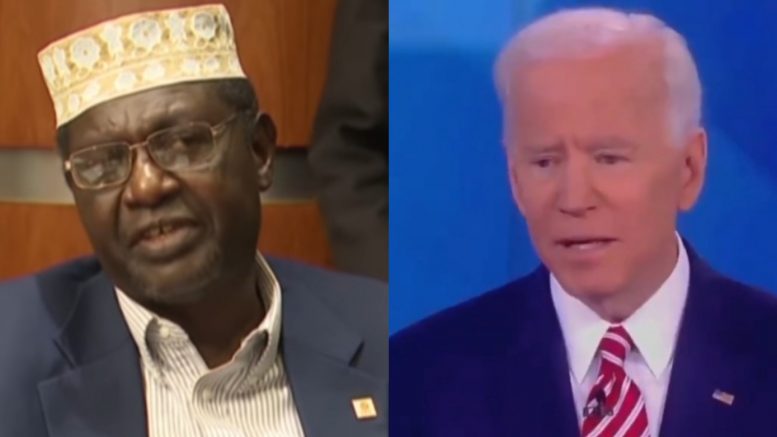 Biden’s interview was laced with instances where the former Vice President appeared to have a hard time answering questions asked by the program’s co-hosts.

Related Article: Mike Huckabee On Joe Biden’s Mask: “Folks That’s NOT A Mask! It’s A Gag, Placed On Him By Staff”

Malik, who has repeatedly pledged his support for President Trump, posted a compilation of the most notable instances during Biden’s interview that was put together by The Daily Caller.

He captioned the video, “OMG! WTH! Can you imagine ⁦@JoeBiden⁩ being @POTUS?”

“He can’t answer a simple question or make a simple statement even with the help of the idiots at ⁦@TheView⁩! Did u catch some of their faces.They can’t believe it either,” Malik added with the captions #JoesNotSorry and #WalkAway.

Biden has repeatedly stumbled over his words and made gaffes during the 2020 presidential race, which could explain his lack of public appearances as he’s been campaigning from his basement over the past few months.

In ending, here is video of Biden repeating himself three times in less than one minute while speaking during a virtual town hall:

Despite the assistance of notes, Joe Biden repeats himself 3 times in less than 1 minutehttps://t.co/6S02V7yp2h pic.twitter.com/kTfYrUAdtZ