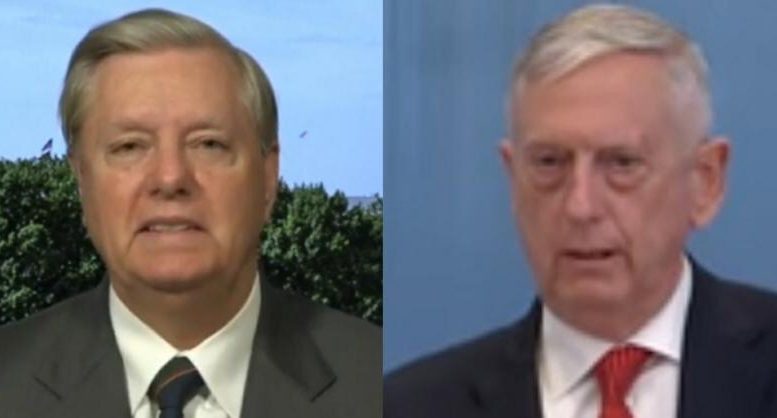 This comes after Mattis, in an article published by The Atlantic, blasted the military for providing a “bizarre photo op” at St. John’s church and accused Trump of not ever trying to “unite the American people.”

Senator Graham responded on “Fox & Friends” to Mattis’ remarks published by The Atlantic, saying, “General Mattis has the right to express himself above all others in many ways as he served the country over a long period of time, put himself at risk for the nation. I admire his service to the nation.”

He continued: “But the one thing I would tell General Mattis is that you don’t quite understand that from the time President Trump wakes up and goes to bed, there’s an effort to destroy his presidency– that George H. W. Bush 41, used the military to support the police in Los Angels after the Rodney King verdict. The Insurrection Act has been used, but has been sparingly used. Nobody wants to send active-duty troops into American cities unless they’re invited, unless they’re absolutely necessary.” Continued Below

Senator Graham noted that New York Democratic Governor Andrew Cuomo “should have called out the National Guard early on, and I would ask Gen. Mattis to look at the behavior of the politicians in these cities and see if you can find fault with them.”

“And I would ask General Mattis to look at the behavior of the politicians in these cities and see if you can find fault with them,” he recommended.

Then Senator Graham swiped back at Mattis saying: “It is so fashionable to blame President Trump for every wrong in America.” Video Below

The South Carolina Senator acknowledged that President Trump “could be a handful” and could “do better,” but pointed out that “the problems we have in America today weren’t caused by Donald Trump and hopefully he can help the nation heal some of these problems.”

(Related: Mattis Claims Trump ‘Does Not Try To Unite The American People’, Trump Fires Back: “Glad He Is Gone!”)