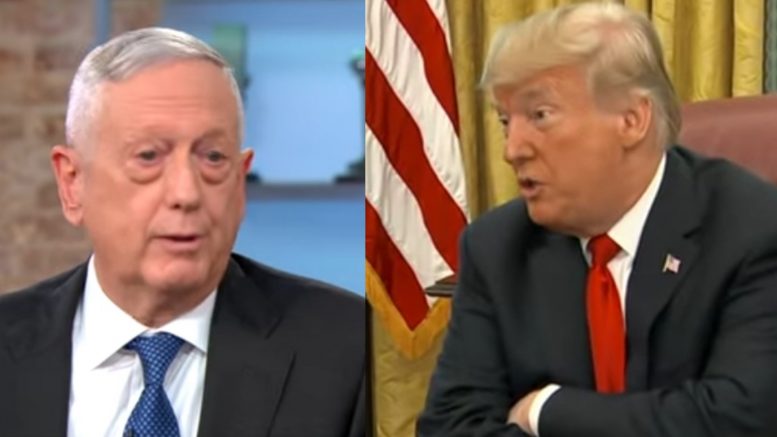 President Trump fired back at James Mattis on Wednesday evening after the former Secretary of Defense criticized the president’s handling of nationwide riots and looting.

In an article published by The Atlantic, Mattis blasted the military for providing a “bizarre photo op” at St. John’s church and accused Trump of not ever trying to “unite the American people.”

President Trump lashed out at Mattis after learning of his remarks.

In a statement posted on Twitter, Trump considered Mattis “the world’s most overrated General” and claimed he never really liked his “leadership” style or “much else about him” while he served as Secretary of Defense.

“Probably the only thing Barack Obama & I have in common is that we both had the honor of firing Jim Mattis, the world’s most overrated General. I asked for his letter of resignation, & felt great about it,” Trump tweeted.

“His nickname was ‘Chaos’, which I didn’t like, & changed to ‘Mad Dog’,” Trump continued. “His primary strength was not military, but rather personal public relations. I gave him a new life, things to do, and battles to win, but he seldom ‘brought home the bacon’. I didn’t like his “leadership” style or much else about him, and many others agree. Glad he is gone!” See Below