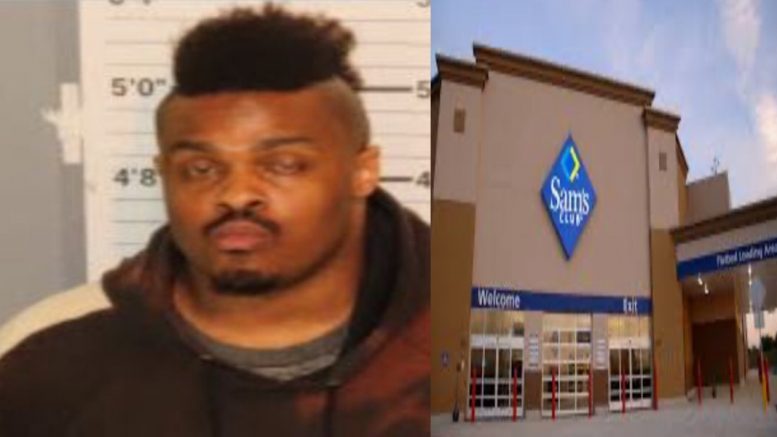 A Memphis man was arrested after police say he tried to break into a local Sam’s Club to exercise his “freedom of rights,” WREG 3 Memphis reported.

This comes amid nationwide protestors and violent riots occurring after the death of George Floyd, who was killed by Derek Chauvin, the fired Minneapolis police officer seen kneeling on George Floyd’s neck until he could not breathe.

As reported by WREG 3 Memphis:

On June 1, an employee said he was near the exit door at the Covington Way location when he saw Kadarius Douglas standing there. Douglas had allegedly smashed through the first exterior exit door and was trying to break through the interior one when he saw the employee and took off.

Police noted there was a brick near the smashed door.

When stopped by authorities, Douglas, who still had a piece of a brick in his hand, reportedly told them it was his “freedom of rights to break into the Sam’s Club.” He was arrested and charged with burglary and vandalism.

On Tuesday, three people were detained after officers say they broke into Walmart on Elvis Presley Boulevard, in Memphis, TN. According to police, officers received a tip that several people were on their way to the store to loot and vandalize it early Monday morning. The store had been closed since 5 p.m. on May 31, per WREG.

All three were stopped and detained by police in the parking lot. Inside the car, officers found clothes, two pairs of Sony headphones and a 32 inch Samsung TV. All of the items still had the stickers on them. Surveillance video inside the Walmart also caught all three suspects stealing the items, police said.

They jumped into a white Hyundai Sonata that was driven by Jamal Johnson. Johnson was charged with burglary. The other suspects were not listed in the jail log, meaning they could be juveniles, according to the report.

Meanwhile, the National Guard is on duty around the state of Tennessee and in Memphis, working closely with local law-enforcement to keep the peace.