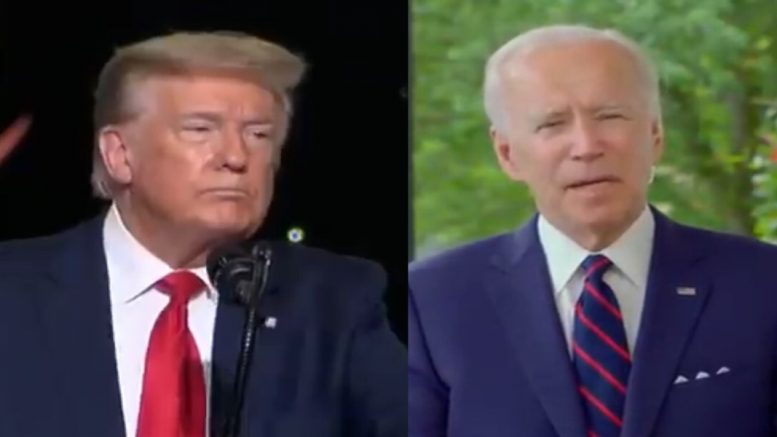 President Trump took to Twitter quoting Newt Gingrich, who spoke to “Fox & Friends” Monday morning, amid the nationwide protests and riots after the death of George Floyd.

Gingrich said he was “appalled” when he had learned that “13 of Joe Biden’s staff were donating money to bail people out in Minneapolis”.

According to a Reuters report, “At least 13 Biden campaign staff members posted on Twitter on Friday and Saturday that they made donations to the Minnesota Freedom Fund, which opposes the practice of cash bail, or making people pay to avoid pre-trial imprisonment. The group uses donations to pay bail fees in Minneapolis.”

Biden’s spokesman Andrew Bates said the former VP himself opposes cash bail, which he compares to a “modern day debtors prison,” according to the report.

Co-host Brian Kilmeade told Gingrinch that the organization behind the rioting is Antifa, which President Trump on Sunday, said the United States will designate the far-left group as a ‘terrorist organization’ in wake of nationwide riots following the death of George Floyd.

In a Monday tweet, the president quoted Kilmeade, writing: “’I don’t see any indication that there were any white supremest groups mixing in. This is an ANTIFA Organization. It seems that the first time we saw it in a major way was Occupy Wall Street. It’s the same mindset.’” @[email protected] TRUE!” Continued Below

Gingrich responded, to which President Trump tweeted and quoted: “’These were the people that trashed Seattle years ago. Who’s paying for these people. I was appalled that 13 of Joe Biden’s staff were donating money to bail people out in Minneapolis. They should have stayed in jail until this is over (and beyond).’” @[email protected]”

The commander in Chief then wrote: “NOVEMBER 3RD”.

He added: “Sleepy Joe Biden’s people are so Radical Left that they are working to get the Anarchists out of jail, and probably more. Joe doesn’t know anything about it, he is clueless, but they will be the real power, not Joe. They will be calling the shots! Big tax increases for all, Plus!” Video Below