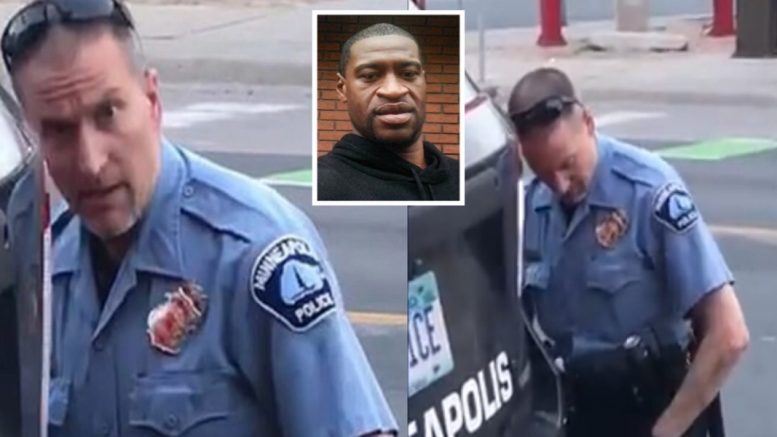 Derek Chauvin, the Minneapolis police officer seen kneeling on George Floyd’s neck until he could not breathe, has officially been arrested, CBS Minnesota WCCO 4 reported on Friday.

Chauvin’s arrest follows three days of protests across Minneapolis that led to looting, violence and a police precinct being torched.

Minnesota Gov. Tim Walz on Friday promised swift justice in Floyd’s death, but also pleaded with protesters who have set fire to Minneapolis to stop, so the city could restore justice and order.

“I won’t patronize you as a white man about living those experiences… but I am asking you to help us,” Walz said. “Help us use humane ways to get the streets to a place where we can restore the justice so that those who are expressing rage and anger and demanding justice are heard, not those who throw fire bombs into businesses.”

Walz added that that the looting and violence was counterproductive to the ultimate goal of seeking justice for Floyd and that underlying issues involved in Floyd’s death coud not be addresses until there was calm. “We can’t have it because we can’t function as a society and I refuse to have it take away from the attention of the state,” he said. Continued Below

Ahead of Gov. Tim Waltz’s press conference, President Trump tweeted, “The National Guard has arrived on the scene. They are in Minneapolis and fully prepared. George Floyd will not have died in vain. Respect his memory!!!”

Floyd was seen being handcuffed by Chauvin and had been pushed to the ground. A cell phone video shows Floyd’s head is turned to the side and he does not appear to be resisting. Chauvin had his knee pressed to the back of Floyd’s neck for several minutes as Floyd is seen gasping for air and begging Chauvin to stop. He does not. Bystanders are also heard shouting at Chauvin to take his knee off Floyd’s neck.

NBC News reported Chauvin has been charged with third-degree murder and manslaughter. Video Below

(Related: Candace Owens On Why ‘The Media Does Not Want Justice For George Floyd’: They Want Black America “Angry, Rioting, Impoverished”)

Ellison Implies Sexual Assault Victims Prefer Social Workers, Not Police After Attacked, Don Jr. Reacts: “No One Will Be Safe”