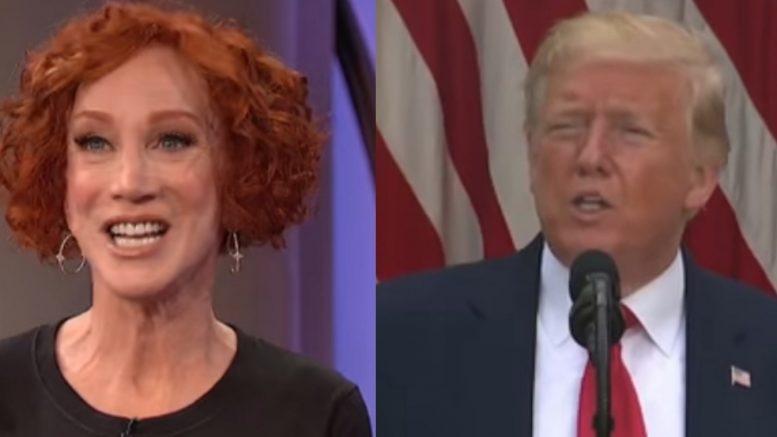 Kathy Griffin is under fire after tweeting about a possible method to “do the trick” on President Trump involving a “syringe with nothing but air inside it.”

The tweet by Griffin came in response to CNN’s Jim Acosta tweeting a quote that Trump must have said at a diabetes event.

Acosta tweeted, “Trump at diabetes event at WH: ‘I don’t use insulin. Should I be?'”

Griffin, who got fired from CNN over a picture of her holding a knife and a bloodied replica head of Trump, replied to Acosta: “Syringe with with nothing but air inside it would do the trick.” 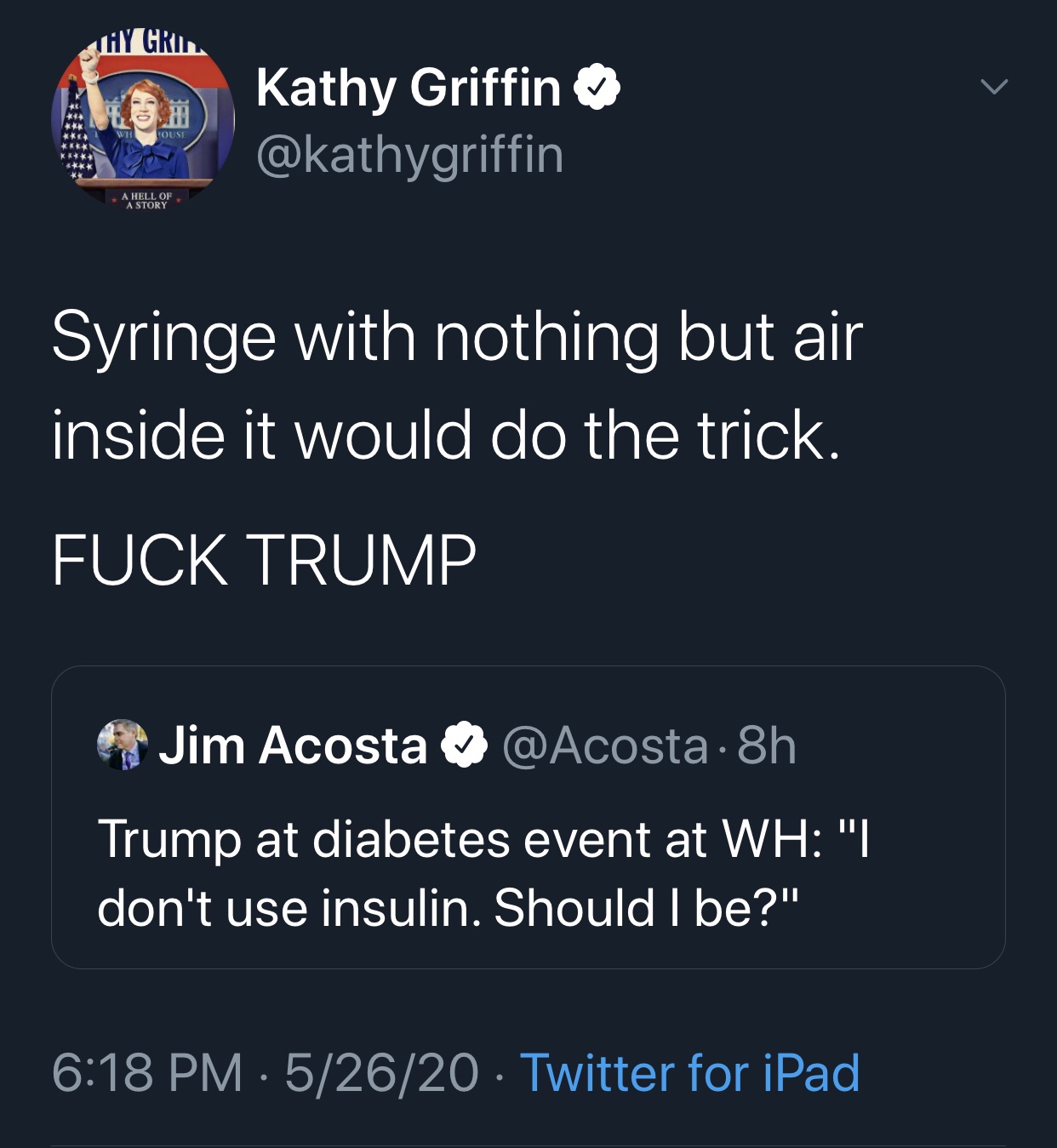 Moments later, Griffin agreed with the Washington Examiner’s notion that she is advocating “for someone to stab President Trump with a syringe full of air”, which “can be fatal” if carried out.

The Examiner’s Tony Leonardi then reportedly reached out to the Secret Service and Twitter about Griffin’s remarks as there were growing calls on Twitter for her apparent threat to be investigated.

An update: Twitter tells @TonyDLeonardi they will "look into" whether the tweets by @kathygriffin violated their violent threats policy. He also reached out to Secret Service for comment. https://t.co/tLu74ffbjF

Griffin appeared to be unphased by news of her being reported, as she issued the following response.

Go fuck yourself. Do you wanna tussle with me, you fucking amateur?#100ThousandDead https://t.co/pFN5SSxMiZ

She then followed up with laughing and clapping emojis after someone called her “the beheader” in reference to the infamous image of her appearing to have decapitated the President soon after he took office.