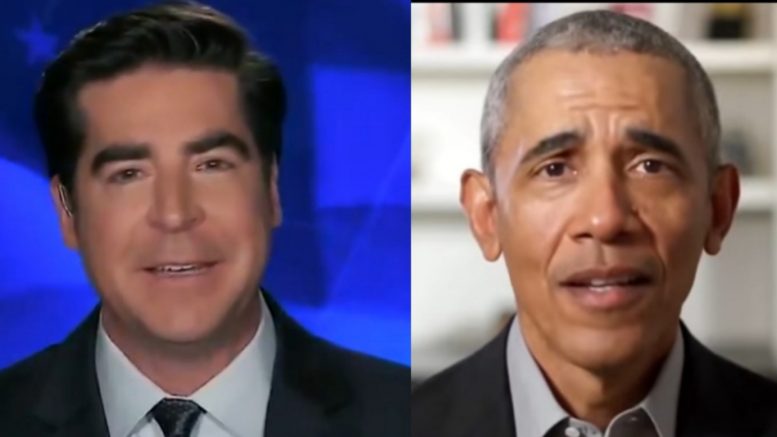 Jesse Watters targeted former President Obama over his ongoing veiled jabs directed at President Trump and the Trump Administration as the race for 2020 begins to take more shape.

Following his official endorsement of Joe Biden for president, Obama has appeared to repeatedly criticize the Trump Administration, even using a high school commencement speech to bash federal response to the coronavirus pandemic.

Sources gave also reported that former Obama will forgo the traditional ceremony to unveil his White House portrait as long as Trump is in office and is willing to potentially wait until 2025 to have his and former First Lady Michelle Obama’s portraits revealed in the East Room.

The Five panel took a moment to discuss whether or not Obama’s apparent attacks against Trump will ultimately backfire in the 2020 election cycle.

“Barack Obama — whenever he campaigns for other people, whether it’s in the midterms or another someone like Hillary — that person always gets demolished,” Watters said.

“I mean, he’s had a horrible track record when he’s not on the ticket, he added. “I don’t see why this would be any different.” Video Below

“One of the main reasons Donald Trump was elected in the first place was because of Barack Obama,” Watters declared.

As examples to back up his claim, Watters said, “We had eight years of a horrible economy, bad trade deals, Iranian Nuclear Deal — that ushered in the era of Trump….ISIS.” Video Below

“One of the main reasons @realdonaldtrump got elected in the first place was Barack Obama” #TheFive pic.twitter.com/yg0i5x9gpC