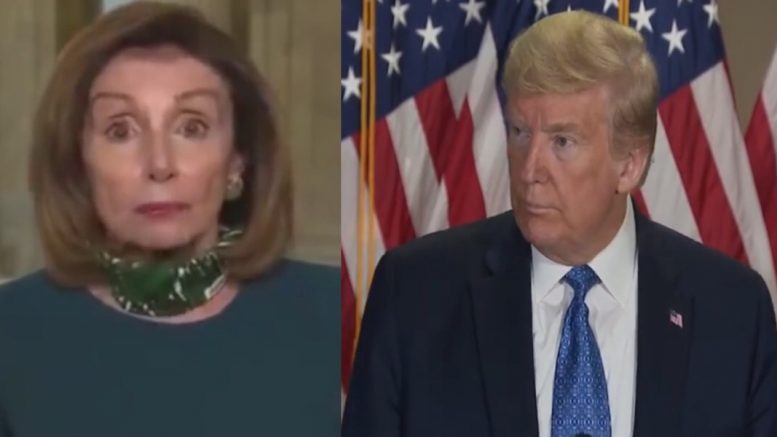 Pelosi made the remark after CNN’s Anderson Cooper pressed her on what she thought about the President revealing that he has been taking hydroxychloroquine as a preventative measure for the COVID-19 pandemic.

“Right now, a couple of weeks ago I started taking it I think it’s good, I’ve heard a lot of stories. And if it’s not good, I’ll tell you right– I’m not gonna get hurt by it. It’s been around for 40 years for malaria, for lupus, for other things. I take it. Frontline workers take it, a lot of doctors take it. I hope to not be able to take it soon because I hope they come up with some answer[s]. But I think people should be allowed to,” he added.

The President said that the White House physician “didn’t recommend” the treatment but offered it to him. He also told reporters along with taking the drug, that he is being tested for COVID-19 every couple of days, but so far has tested negative.

In response to Trump’s revelation, Speaker Pelosi told AC360, “I would rather he not be taking something that has not been approved by the scientists, especially in his age group, and in his, shall we say, weight group: ‘morbidly obese,’ they say.” Continued Below

When asked Tuesday about Pelosi’s “morbidly obese” comment, President Trump broke his silence calling the House Speaker “a sick woman” with “a lot of problems”.

“I don’t respond to her; I think she’s a waste of time,” the president told a reporter.

“These people are sick. Pelosi is a sick woman; she’s got a lot of problems, a lot of mental problems,” he later expressed. “We’re dealing with people that have to get their act together for the good of the country.” Video Below

Related Article: President Trump Reveals To The Press He’s Been Taking Hydroxychloroquine As A Preventive Measure For COVID-19