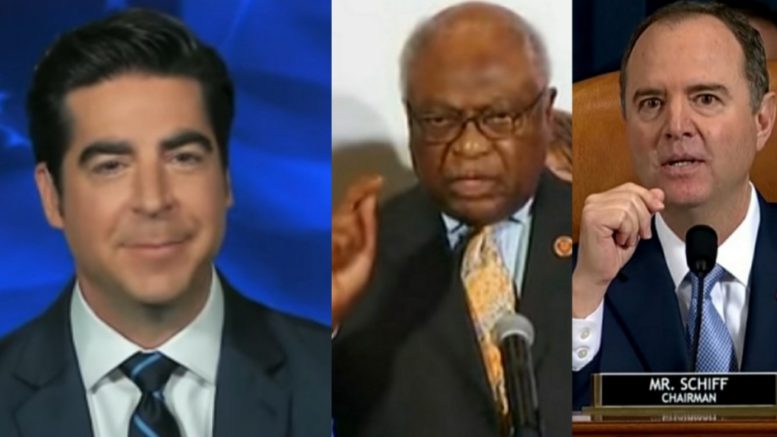 On Monday’s airing of The Five, Jesse Watters likened Democrats and the mainstream media to “children” while giving his assessment on what to expect from congressional committees overseeing  the handling of the COVID-19 crisis and the media coverage that will stem from it.

Dana Perino initially mentioned the potential benefit of having Congress inspect the dispersement of trillions of dollars tied to stimulus packages. However, Watters thinks such oversight power will be abused since Democrats will be in control of the committees and/or commissions.

“You just can’t really trust Democrats with power. They always abuse it,” Watters declared. “And then they just collude with the media and spread lies to the American people.”

“This stuff is crazy!” Watters proclaimed. “It’s like having children, and every kid is going to room to room to room in your house, making a mess. And you’re just following them room to room and having to clean up after them all of the time. And you can’t get any work done cause they never learn and they never listen. And that’s what it’s like dealing with the media.”

“…And that’s what they’re gonna do at these oversight committees,” he continued. “You know, you’re going to see them subpoena, leak and lie just like they did with Russia collusion. And we’re gonna have to then fact check it, and the administration’s gonna have to waste a lot of manpower, money and time fixing all of the mess.”

“And how bad is it gonna be compared to the last allegation? That he was a traitor — I mean, it can’t be that bad,” Watters said. “The best they’re gonna get is that money went to the Trump organization somehow, some way. And what they’re gonna do is, they’re gonna find money that went to a guy that ten years ago had a contract to mow the lawn at Bedmaster. And they’re gonna jam up some splashy headline that makes it look like Trump got money. And then we’re gonna have to correct it, and they’re gonna move on to the next room and make a mess there.” Video Below