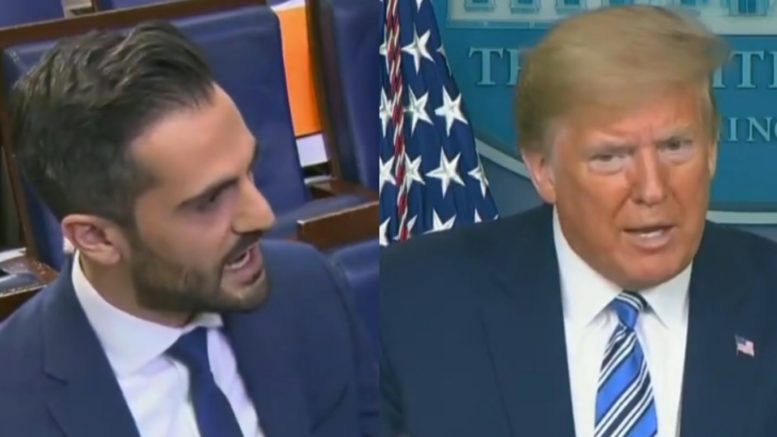 During Sunday’s briefing, CNN’s Jeremy Diamond questioned President Donald Trump why he insists on issuing “self-congratulations” towards his Administration’s handling of the coronavirus pandemic.

Mr. Diamond asked, “Can you explain…why you are reading clips and showing clips of praise for you and your administration? Is this really the time for self-congratulations?

Related Article: Cuomo Calls The Federal Response To The Crisis A ‘Phenomenal Accomplishment’: “That Is An Undeniable Fact”

“You’re CNN, you are Fake News.. They were excoriated like people that don’t know any better because you don’t have the brains you were born with..” pic.twitter.com/GhZSKnQvMW

In ending, here is another clip of Trump blasting the CNN reporter along with his network’s ratings and calling them “pathetic”:

President Trump continues to torch CNN’s @JDiamond1: “You people are so pathetic at CNN… your ratings are terrible, you gotta get back to real news.” pic.twitter.com/qpyTt7YYIT

Gorsuch Issues A Scathing Dissenting Opinion As SCOTUS Denies Nevada Church’s Appeal Of COVID-19 Rule: “This Is A Simple Case”