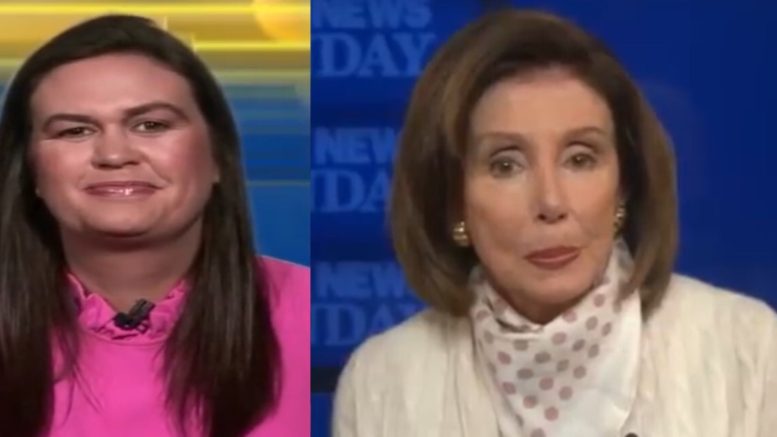 Protests and rallies have gained momentum across the country as unemployment continues to soar. More than 22 million people filed for unemployment over the past month since stay-at-home orders have forced most businesses to close in an attempt to stop the spread of coronavirus. Only essential businesses have remained open, as reported by Fox News.

During an interview on Sunday, Fox News’ Chris Wallace asked House Speaker Nancy Pelosi (D-CA) if she “understands” why Americans are protesting around the country, amid state’s stay-at-home orders from governors.

“No, not really,” Pelosi told Wallace of protesters. “Because what we have to do is shelter-in-place. That is really the answer–testing, tracing, treatment, shelter-in-place. And I do think that it’s unfortunate. But you know, people will do what they do. But the fact is, we’re all impatient, we all want out. But what they’re doing is really unfortunate.”

“Frankly, I think what’s unfortunate is that an out of touch multi-millionaire like Nancy Pelosi is holding up the funding that would help these people, not just save lives, but livelihoods,” Sanders said, referring to the Paycheck Protection Program (PPP), which has run out of funding.

“This has been an intense focus of– the president is protecting both parts of the American way of life– both protecting individual health and life of Americans across the country, as well as making sure we’re protecting their livelihoods,” she continued. Continued Below

“And Nancy Pelosi, you can see she frankly, just doesn’t understand the frustration of people who need their jobs or need funding through these small business package[s] and legislation, in order to get their paychecks and keep things moving,” Sanders explained.

“She just frankly, I think, showed exactly why she is so out of touch, and I think that’s the most unfortunate thing about it, is that she’s one of the people making decisions for everybody else in this country, but she doesn’t understand the pain and the hurt and the suffering, that these people are going through, because she’s not having to suffer or experience any that her self. She has that cushion and financial security that most Americans don’t have,” the former White House press secretary said.

She added: “I don’t think there’s anything more disheartening than seeing Washington being completely dysfunctional at a time when we need it to come together more than ever to help the people of this country.” Video Below

The Small Business Administration’s Paycheck Protection Program (PPP) has exhausted the last of the $349 billion in funding it was provided under the Coronavirus Aid, Relief, and Economic Security (CARES) Act to make forgivable loans to small businesses, reported Countable.

Two weeks ago, Senate Republicans tried to pass a “clean” bill by unanimous consent that would have simply boosted PPP funding by $250 billion. Senate Democrats objected and blocked the bill.

(Related: MSNBC Guest On ‘Reopen Protesters’: “They Are The Fox News, Nazi, Confederate Death Cult Romp Of The Republican Party”)