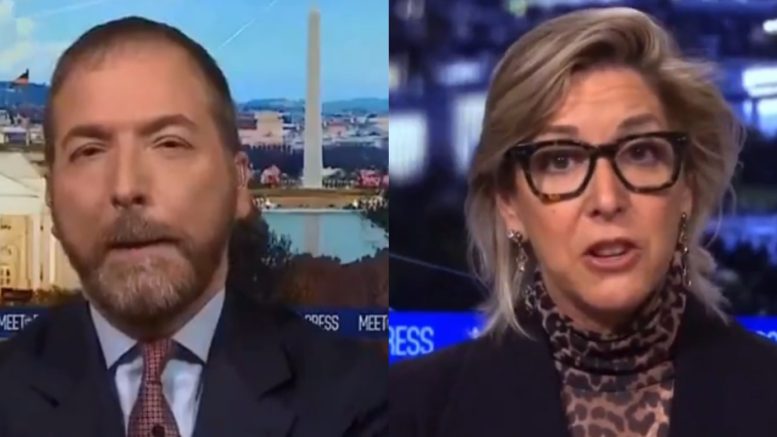 During Sunday’s airing of Meet The Press, NBC host Chuck Todd said the Trump campaign has strategically decided to make China out to be “the boogeyman”.

He then likened Biden’s strategy to that of Obama’s 2012 campaign when they tried to pin Romney as having strong ties to China.

Todd said, “We now have an idea of what the negative campaigns are gonna look like between both candidates, with Team Trump deciding to make China a boogeyman. With Biden — frankly, it was something Obama did to Romney back in 2012 — was to hit him hard on China and it was effective in the Midwest.”

White House correspondent Peter Alexander implied that President Trump will have a hard time distancing himself from China over his past praise of the country and their leader. While former Homeland Security Secretary Jeh Johnson suggested that President Trump blaming China for the coronavirus crisis is a “convenient target” to help his campaign, which conservative commentator Danielle Pletka disagreed with.

Pletka, who is a senior fellow at the American Enterprise Institute, appeared to defend President Trump for pointing the finger at China over the COVID-19 pandemic that has killed over 150,000 people worldwide.

“This isn’t just a convenient target,” Pletka said. “China is where this started. China is where lies were told that have cost lives. China is definitely something we’re going to need to talk about and talk about distancing from China. That’s going to be a challenge for both Joe Biden and Donald Trump once we are done dealing with this immediate crisis.” Video Below

Alveda King: “President Donald John Trump Has Done More For African Americans Than Any Other President Did In Their First Four Years”