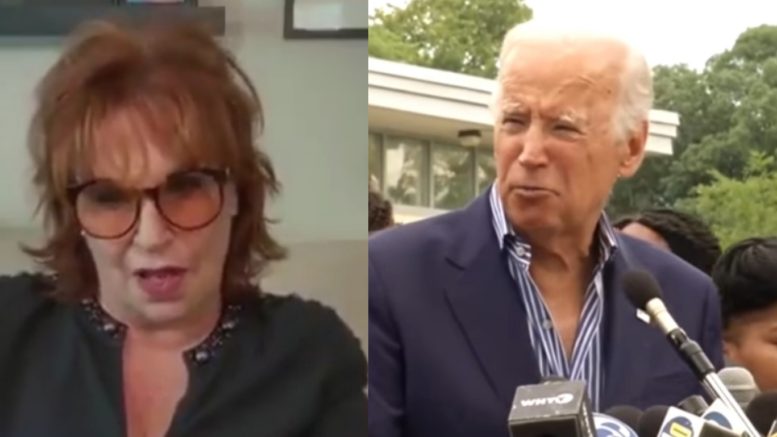 Joy Behar made quite the statement in regards to the 2020 election during Friday’s airing of The View.

Behar predicted that presumptive Democratic presidential nominee Joe Biden will have no problem defeating President Donald Trump on November 3, even if Mr. Biden was “locked in a trunk in a basement in the middle of the Canary Islands.”

Behar was responding to Whoopi Goldberg, who brought up an article by the Washington Post that suggests Biden will have a tough time competing with the president due to all of the press coverage Trump has gotten from the COVID-19 crisis.

“The truth of the matter is that even if Joe Biden was locked in a trunk in a basement in the middle of the Canary Islands, he would still win this election. That’s how bad his opponent is,” Behar said.

“So I don’t even — I’m not worried about it that much cause everybody knows Joe Biden,” she added. “It’s like having a relative that you haven’t seen for a while, but you know he’s great. And when he comes back, you say ‘Okay good, come — come sit with us. We want you back.”

Behar’s remarks came just a day after Senator Lindsey Graham called her bluff when she asked him to name three things President Trump has “done right” while responding to the coronavirus.

We leave you with that video clip:

Sen. Lindsey Graham says “the key to me is testing” for COVID-19: “I can’t really blame the president, but we are struggling with testing at a large scale. You really can’t go back to work until we have more tests.” https://t.co/f8u2wbJuik pic.twitter.com/7GusfqQiPL