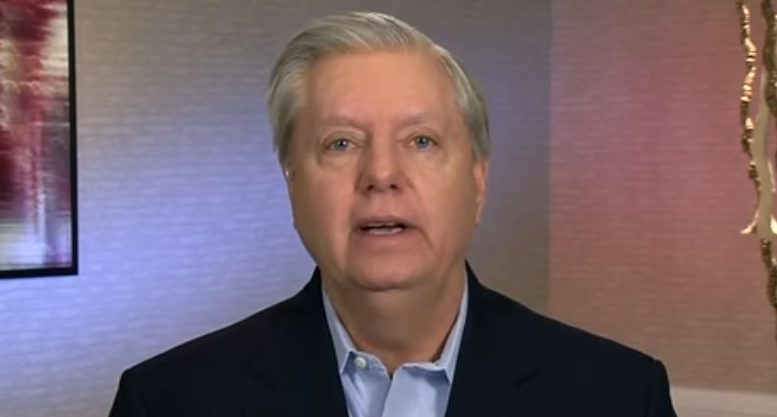 On Tuesday, Senator Lindsey Graham (R-SC) took a moment to slam the mainstream media’s “effort to destroy” President Trump over his handling of the coronavirus. And he backed up Trump’s response to the crisis by listing “major decisions” carried out by the President that have saved lives.

Graham’s issued his remarks while weighing in on Monday’s heated press briefing, where the President knocked down every attempt by the media to negatively twist the crisis against his administration.

“Mr. President, the American people understand what you’ve done for them,” Graham said. “And this effort to destroy Trump, no matter the cost of the country, is getting a bit old. It is pissing a lot of people off.”

He then unveiled “four major decisions” that President Trump did early on to “save American lives.”

“Number one, he shut down travel from China and Europe, in a way to keep hundreds of thousands of people from being affected,” Graham proclaimed.

“[President Trump] declared a national emergency to give the country the tools to fight back — that was a major decision,” he asserted. Video Below

Related Article: James Woods: “A Dishonest, Biased Press, Hijacked By The DNC, Is Not Only Unnecessary, But A Danger To A Free Republic”

Sen. Graham continued, “He rejected the herd mentality of letting it run rampant through the country. People build up immunity — a couple million people would have died if that had been the case.”

“And finally, I think the most important thing the president has done is unleash the private sector in testing and trying to develop drugs by getting FDA waivers for therapies and vaccines to speed up the process,” he declared. Video Below

“Mr. President—the American people understand what you’ve done for them, and this effort to destroy Trump, no matter the cost of the country, is getting a bit old.” –@LindseyGrahamSC pic.twitter.com/bG3MULs5M0

Here is the full video of Sen. Graham’s Tuesday interview on Fox:

Mike Huckabee Reacts To Tlaib Rejecting Israel’s Offer To Visit Her Grandmother: ‘It Was Never About Visiting’