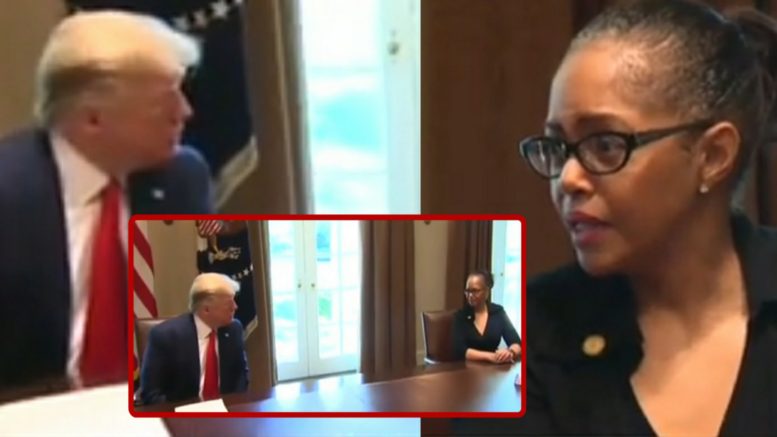 On Tuesday, Michigan Democrat State Representative Karen Whitsett had the opportunity to thank President Trump in person for promoting the drug hydroxychloroquine (HQ), which she claims helped win her battle against the coronavirus.

President Trump and Vice President Pence were holding a meeting with Rep. Whitsett and other COVID-19 survivors at the White House, when Whittsett voiced her gratitude towards the president for bringing HCQ “to the forefront”, and she “wouldn’t be here today” if he never did.

Rep. Whitsett initially tested positive for COVID-19 at the end of March and began taking hydroxychloroquine two days later to help relieve symptoms she was experiencing.

Whitsett said that she was familiar with “the wonders” of hydroxychloroquine from an earlier bout with Lyme disease, but does not believe she would have thought to ask for it, or her doctor would have prescribed it, had Trump not been touting it as a possible treatment for COVID-19, as reported by Detroit Free Press. She has since defeated the virus and is now healthy again.

“I just can’t say how wonderful it is to your face,” Whitsett said while looking over at Trump. “And thank you for everything that you have done.” Video Below

“I sincerely appreciate that because had you not brought this to the forefront of HQ — of being able to put this out here — I wouldn’t be here today to even have this conversation with you and to be able to talk about the needs of Detroit, and talk about the people who really need this,” Whitsett continued. “And they need help and you’re here to address that and I sincerely appreciate that from the bulk of you, from the bottom of my heart.” Video Below