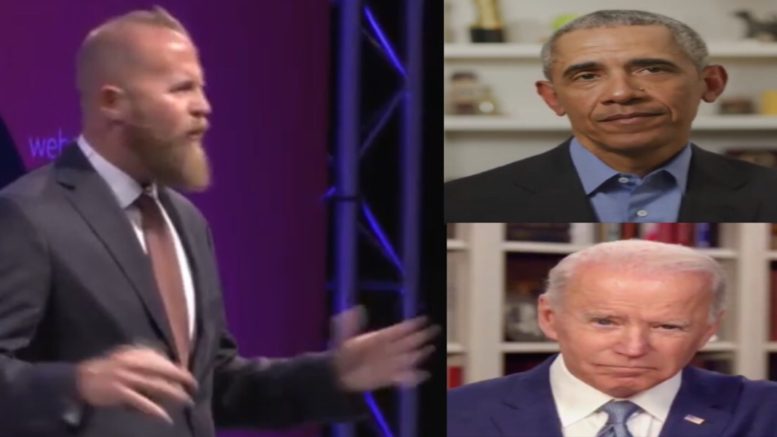 On Tuesday, Brad Parscale, President Trump’s 2020 campaign manager, argued that former President Barack Hussein Obama was forced to endorse Joe Biden after sitting on the sidelines during the entirety of the 2020 Democratic primary cycle, pointing out that even Bernie Sanders “beat him to it.”

This comes as Obama formally endorsed Biden in a statement and video posted on Twitter Tuesday. The video also comes a day after Sen. Bernie Sanders (D-VT), who was Biden’s last remaining primary rival until he dropped out last week, endorsed the former vice president.

“Choosing Joe to be my vice president was one of the best decisions I ever made, and he became a close friend. And I believe Joe has all the qualities we need in a president right now,” Obama said in part.

Brad Parscale blasted Obama’s move, saying the former president was left with “no other choice.”

“Barack Obama spent much of the last five years urging Joe Biden not to run for president out of fear that he would embarrass himself. Now that Biden is the only candidate left in the Democrat field, Obama has no other choice but to support him,” Parscale said.

He added: Even Bernie Sanders beat him to it. Obama was right in the first place: Biden is a bad candidate who will embarrass himself and his party. President Trump will destroy him.” Continued Below

Fox News confirmed recently that Obama and Biden have held several conversations in the past couple of weeks. And Biden gave details on one of those conversations, telling donors at a virtual fundraiser earlier this month that he had recently asked his old boss for advice on choosing a running mate.

“The two men spoke at least a half dozen times before Mr. Biden decided to run,” according to The New York Times, with Obama even telling Biden, “You don’t have to do this, Joe, you really don’t.” In 2016, Obama also reportedly discouraged Biden from running for president, to clear the path for Hillary Clinton to secure the nomination. Video Below

In March 2019, Obama summoned Biden’s top campaign advisers and told them “they needed to make sure” Biden did not “embarrass himself,” according to The New York Times.

For all of us who love this country and are willing to do our part to make sure it lives up to its highest ideals – now’s the time to fight for what we believe in. Join us at https://t.co/Kboaxi3MVL. And I’ll see you on the campaign trail as soon as I can.

(Related: Brad Parscale Issues A Statement After Bernie Sanders Endorses Joe Biden: “Nobody Is Running Through A Brick Wall For Joe Biden”)