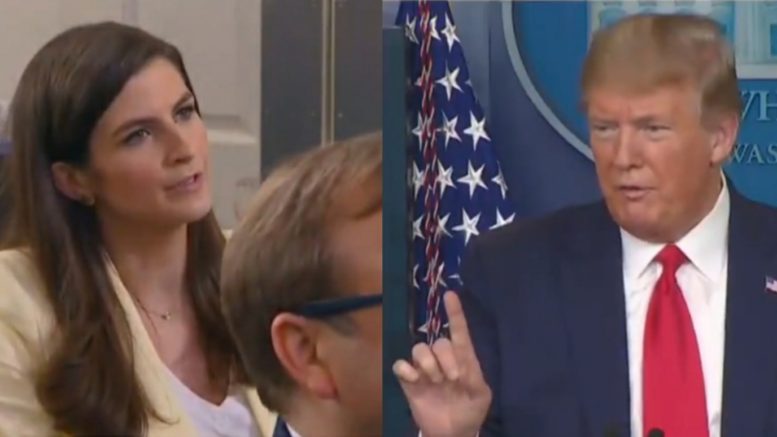 Collins was questioning an earlier tweet made by the president when he said it is his will ultimately– be his decision — not the governors — to open the country back up. However, he also said that he plans to work with governors to help decide how to carry it out.

“Does any governor agree that you have the authority to decide when their state opens back up?” Collins asked.

“I haven’t asked anybody because — you know why? Because I don’t have to,” Trump replied.

“But who told you that the president has the total authority?” Collins asked the president as he moved along to another reporter’s question.

“Enough,” Trump fired back while sharply pointing his finger in the air as Collins quietly stared at him. Video Below

In ending, here are James Woods’ reactions to Monday’s briefing:

President of the United States to media gnat: “Enough.” Life is beautiful.

OMG. This press conference is like watching a gladiator mow down the mindless media horde like wheat. #Trump2020Landslide