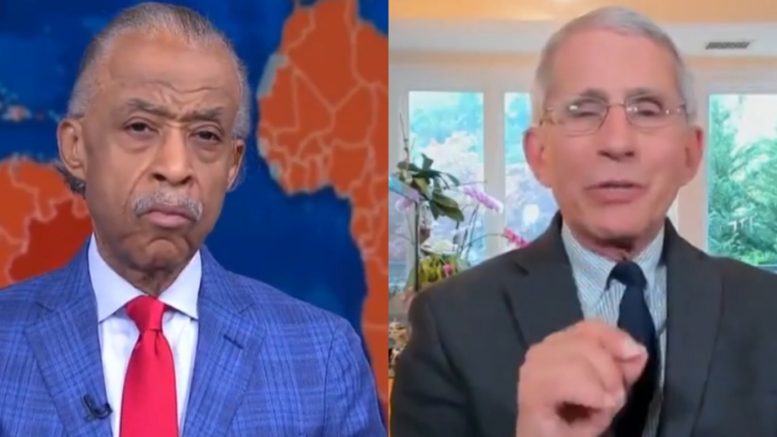 While speaking with Al Sharpton on Sunday, Dr. Anthony Fauci confirmed that China gave the United States “misinformation” in the early stages of the COVID-19 global pandemic.

As a result, Fauci implied that the bad information hindered leaders from taking appropriate measures early on to help control the virus in America.

The remarks by Dr. Fauci come as President Trump’s opposition have been questioning his administration’s overall response to COVID-19, in terms of what they knew about the virus, when they knew it and if they acted appropriately.

Dr. Fauci told Sharpton, “It was always this thought that there was some danger, but when we got to the point that it was clear that some of the misinformation that we initially got from China — because remember, their first cases were reported at the end of December…December 31st.”

“They said it was something like 24 cases in this wet market, where these exotic animals are sold, and there’s a human/animal interface,” he continued. “And the proposal that was made by the authorities of China was this was just jumping from an animal to a human and it wasn’t spread from human to human.”

Dr. Anthony Fauci: the United States got “misinformation” from China on the coronavirushttps://t.co/zw6yOm8d02 pic.twitter.com/d0AjwvnFNj

Tucker Carlson Calls Out Chris Cuomo Over His Re-emergence From Quarantine: “That Was Fake”