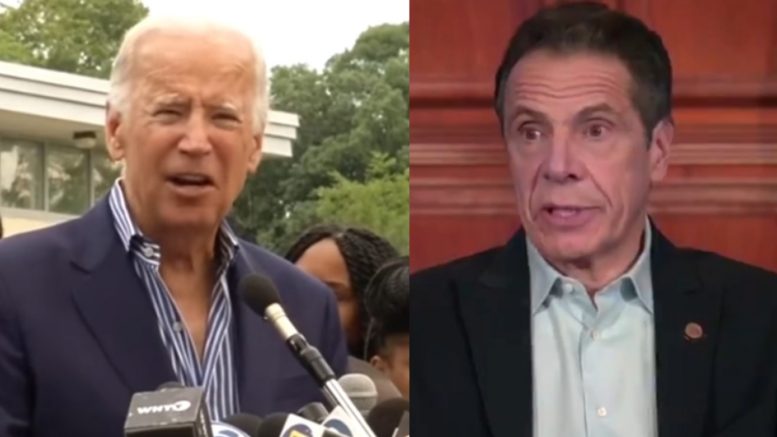 Related Article: Tucker Calls On Americans To Question If Biden Is Ready To Run The Country: “Could He Find His Car In A Three-Tiered Parking Garage”

“Democrats want to see you replace Joe Biden on the ticket,” a reporter told Cuomo. “What is your reaction?”

Cuomo replied, “That is, on one hand, flattering. On the other hand, it is irrelevant. But to the point that’s flattering, I appreciate it.”

He then reiterated that he wants to keep politics out of the overall response to the coronavirus pandemic, which he has said repeatedly in past press conferences. Video Below

“Now it’s more important than ever before that people understand there is no politics here,” Cuomo said. “Sometimes it can work and it can work right. And sometimes at a time of crisis, you actually see people who play to their strengths.”

“I said to the people at this state unequivocally when I was running for government, I will serve as your governor,” he concluded. “…I am going to do what I said I was going to do because that’s who I am. So, that’s what I’m going to do, period.” Video Below

Democrat Gov. Andrew Cuomo fails to praise Joe Biden when asked about replacing him on the tickethttps://t.co/Bn3fxWqtEW pic.twitter.com/I7NLbWs67g

Also in his press conference, Cuomo once again praised President Trump’s efforts to battle the cornavirus in New York. We leave you with that video: