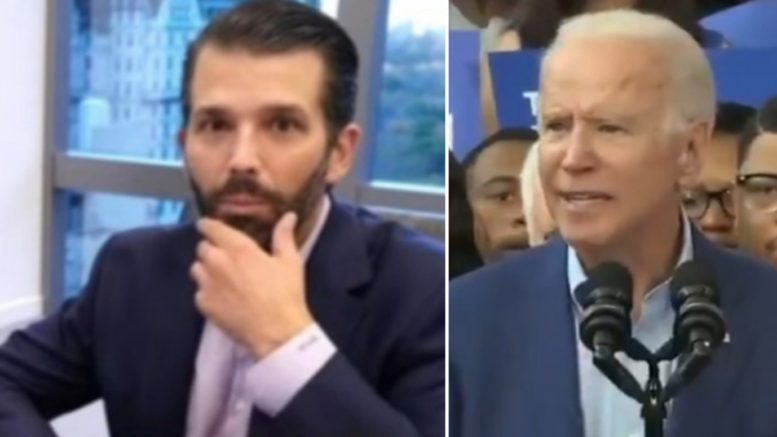 With Bernie Sanders suspending his campaign on Wednesday, former Vice President Joe Biden appears to be on his way to face off against President Trump in the 2020 election.

Donald Trump Jr. seized the moment to commemorate Biden’s apparent victory with a collection of clips featuring some of the former VP’s biggest gaffes, fumbles and extraordinary comments that circulated while on the campaign trail.

Trump Jr. posted his specially-made Biden video on Facebook, which was memed “Biden’s Most Intelligent Moments On The Campaign Trail.”

He then captioned it, “It’s Official. Joe Biden is the Democratic Nominee for President. Check out some of his most intelligent moments from the Campaign.”