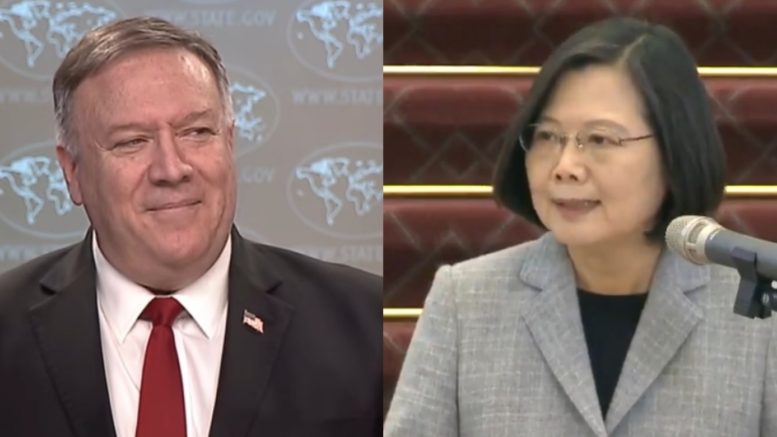 On Wednesday, Secretary of State Mike Pompeo issued a warm thank you to Taiwan over their commitment to donate two million face masks to the United States.

Taiwan’s Ministry of Foreign Affairs (MOFA), has promised to donate a total 10 million face masks its allies, that of which 2 million is bound for the United States.

According to Intell Asia:

“On April 1, MOFA said it would supply 2 million masks to the US, 7 million to European countries and 1 million to diplomatic allies in order to help local medical staff. A second wave of masks will go to the nations covered by Taiwan’s New Southbound Policy, mostly Southeast Asian and South Asian nations the island has targeted for closer economic, cultural, tourism and educational relations since 2016.”

Secretary Pompeo publicly voiced gratitude towards Taiwan for helping the U.S “during tough times,” and he said their “generosity” should be considered “a model for the world.”

“During tough times, real friends stick together,” Pompeo tweeted. The U.S. is thankful to #Taiwan for donating 2 million face masks to support our healthcare workers on the frontlines.”

“Your openness and generosity in the global battle against #COVID19 is a model for the world, he added. See Below

During tough times, real friends stick together. The U.S. is thankful to #Taiwan for donating 2 million face masks to support our healthcare workers on the frontlines. Your openness and generosity in the global battle against #COVID19 is a model for the world.

In ending, here is video of the President of the Republic of Taiwan, Tsai Ing-wen pledging to donate medical supplies to countries affected by the COVID-19 crisis:

In times of crisis, countries around the world must come together. #Taiwan is indispensable to global efforts to stop the spread of #COVID19, but no country can stop this virus alone. That is why we are willing to offer medical supplies to countries most in need. pic.twitter.com/5p0mEcZqY5