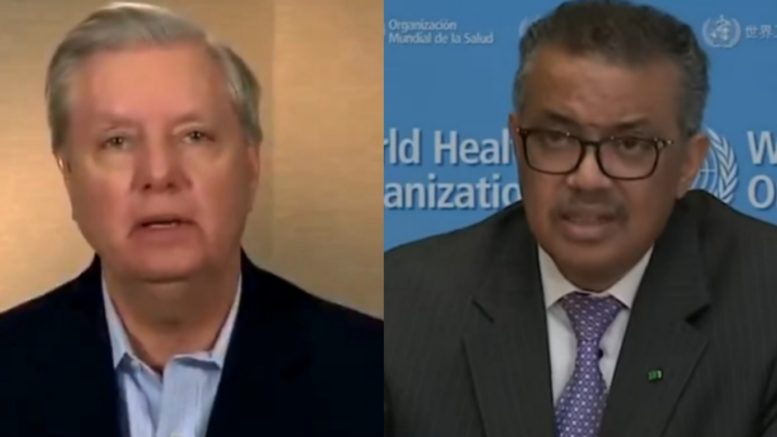 Senator Lindsey Graham vowed on Tuesday to withhold funding from the World Health Organization in wake of their “deceptive” and “slow” response to the coronavirus.

Earlier on Tuesday, President Trump announced that his administration would be exploring the possibility of withholding money from the WHO, as he claimed the organization “missed the call” on the coronavirus outbreak and could taken better action in the early phases.

While interviewing with Fox News Martha MacCallum, Senator Graham confirmed his approval of President Trump’s decisio  and even said he’s willing to “take the burden off the President” by not allocating any money to the WHO in the next appropriations bill, which he is in charge of.

“I’m gonna take the burden off the President,” Sen. Graham told MacCallum. “In the next appropriations bill, there’s not gonna be any money for the WHO. I’m in charge of the Appropriations Subcommittee.”

“I’m not gonna support funding the WHO under its current leadership,” he added. “They’ve been deceptive, they’ve been slow and they’ve been Chinese apologists.”

“I don’t think they’re a good investment under the current leadership for the United States. And until they change their behavior and get new leadership, I think it’s in America’s best interest to withhold funding because they have failed miserably when it comes to the coronavirus,” Sen. Graham declared. Video Below

@LindseyGrahamSC vows to withhold money from the WHO over their “deceptive” actions with regards to the coronavirus.pic.twitter.com/gnFdpnEKec

In ending, here is video of President Trump discussing why his Administration is going to look in to the possibility of withholding money from the WHO.