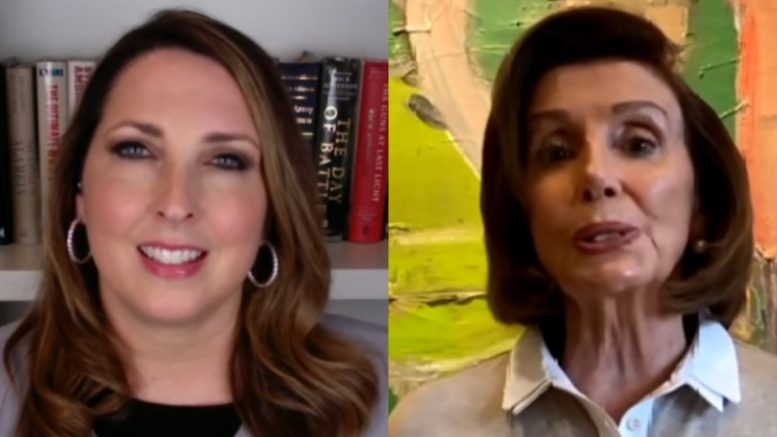 Pelosi has been highly vocal on her effort to include “resources” for a vote-by-mail system in a 4th coronavirus stimulus package that she is already trying to craft.

Other Democrats including, House Intel Chairman Adam Schiff, have also been promoting the vote by mail system, in hopes of persuading public opinion.

When pressed by Lou Dobbs over the topic, McDaniel said it’s been “shameful” witnessing Democrats “trying to put these election reforms across the country during a time of crisis.”

“This is their liberal agenda,” she asserted. “They want to take away the safeguards that ensure the integrity of the election process. Every American should be paying attention to what they want to do. It’s frightening.”

Ronna continued, “Listen, Republicans and the President — we want everyone who is able to vote, who should vote to be able to do so. We also need to have safeguards to ensure people who shouldn’t be voting, don’t.”

After giving an example of how fraudulent mail-in voting can be, McDaniel said, “That’s the problem with mail-in voting. You’re sending out ballots to people who no longer live in the state, or who have passed away, and you’re losing those safeguards to the election that ensure the integrity of the process.” Video Below