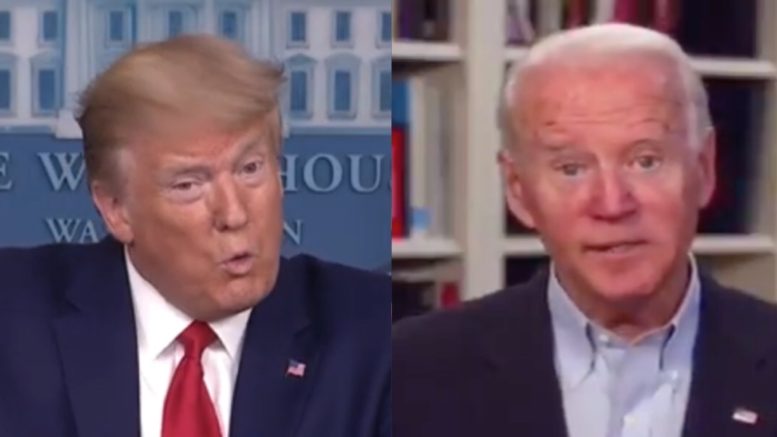 Monday during the White House Coronavirus Task Force briefing, the Commander in Chief gave an account of his phone call with former Vice President Joe Biden, expressing that it was a “really wonderful, warm conversation.”

Before his phone call with the former vice president, the Commander in Chief took to Twitter earlier in the day wondering, “what ever happened to that phone call [Biden] told the Fake News he wanted to make to me?”

President Trump tweeted on Monday: “Joe Biden wanted the date for the Democrat National Convention moved to a later time period. Now he wants a ‘Virtual’ Convention, one where he doesn’t have to show up. Gee, I wonder why?”

“Also, what ever happened to that phone call he told the Fake News he wanted to make to me?” he asked.

During Monday’s briefing, President Trump said, “I also spoke just a few minutes ago with former Vice President Biden, who called, and we had a really wonderful, warm conversation. It was a very nice conversation.” Continued Below

(Related: Biden Reacts As Trump Wonders ‘What Ever Happened To The Phone Call He Told The Fake News He Wanted To Make’)

“He gave me his point of view; I fully understood that. And we just had a very friendly conversation. It lasted probably 15 minutes. And it was really good, … really nice. I appreciate his calling,” President Trump expressed. Video Below

(Related:  Joe Rogan Says He Would ‘Rather Vote For Trump’ Than Joe Biden: “I Don’t Think [Biden] Can Handle Anything”)