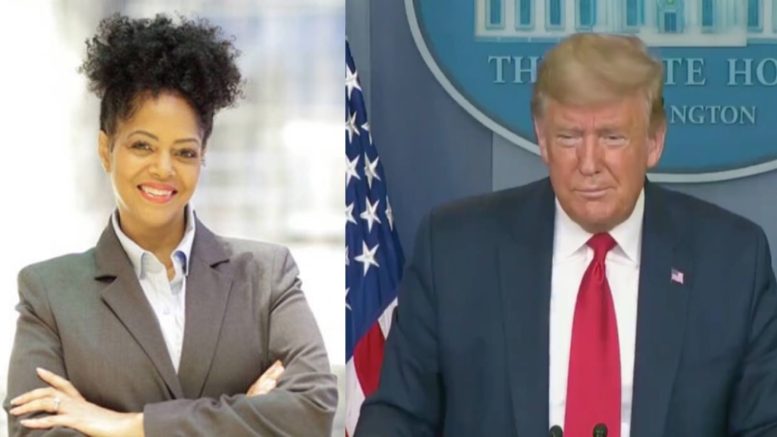 Rep. Karen Whitsett (D-MI) found out Monday that she had tested positive for COVID-19 and said she started taking hydroxychloroquine on March 31, prescribed by her doctor, after both she and her husband sought treatment for a range of symptoms on March 18.

President Donald Trump, during the daily White House Coronavirus Task Force briefings, has suggested using hydroxychloroquine in combination with the antibiotic azithromycin, despite the criticism he has received.

“It was less than two hours” before she started to feel relief, said Whitsett, who had experienced shortness of breath, swollen lymph nodes, and what felt like a sinus infection. She is still experiencing headaches, she said, reported Detroit Free Press.

Whitsett said she was familiar with “the wonders” of hydroxychloroquine from an earlier bout with Lyme disease, but does not believe she would have thought to ask for it, or her doctor would have prescribed it, had Trump not been touting it as a possible treatment for COVID-19, per Detroit Free Press.

The Michigan congresswoman claimed that President Trump’s recommendation has helped her.

“It has a lot to do with the president … bringing it up,” Whitsett said. “He is the only person who has the power to make it a priority.” Continued Below

Asked if she thinks President Trump may have saved her life, Whitsett said: “Yes, I do,” and “I do thank him for that.”

President Trump took to Twitter on Monday and posted the article about Rep. Whitsett from the Detroit Free Press. He also congratulated her.

“Congratulations to State Representative Karen Whitsett of Michigan. So glad you are getting better!” he expressed. Continued Below

Congratulations to State Representative Karen Whitsett of Michigan. So glad you are getting better! https://t.co/v6z46rUDtg

Democrat Gov. Andrew Cuomo: asking federal government to increase hydroxychloroquine supply because there is some evidence that it appears to be workinghttps://t.co/PvaC51IjLY pic.twitter.com/oQXW00sA7t

(Related: President Trump To Reporter Over Hydroxychloroquine: “Only CNN Would Ask That Question; Fake News”)