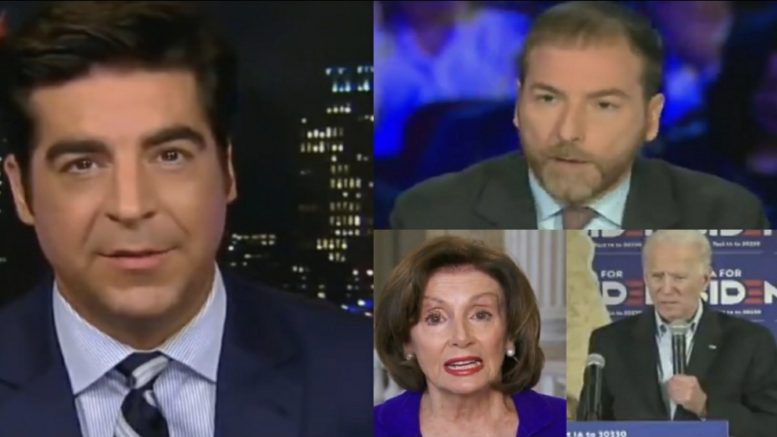 Fox News host Jesse Watters has “had enough” of the media and Democrats pointing fingers at Fox over their coverage leading up to the coronavirus pandemic and blaming President Trump for the crisis.

Related Article: President Trump: “It Is Critical That Certain Media Outlets Stop Spreading False Rumors & Panic… Get This Stuff Over With, Then Go Back To Your Fake News”

The move by Watters comes in wake of The Daily Show posting a video with clips of Fox News employees, including Watters and Republican leaders downplaying COVID-19 earlier in the year.

“You’re not gonna re-write history on my watch. Liars and hypocrites are gonna get called out,” he added before rolling out a compilation of videos exposing the media and Democrats. Video Below

Take a look back and RT what the liberal media and Joe Biden said about President Trump’s aggressive, early response to the #coronavirus.

Thank God @realDonaldTrump is the one in charge during this scourge! pic.twitter.com/d6OtmWrGmb