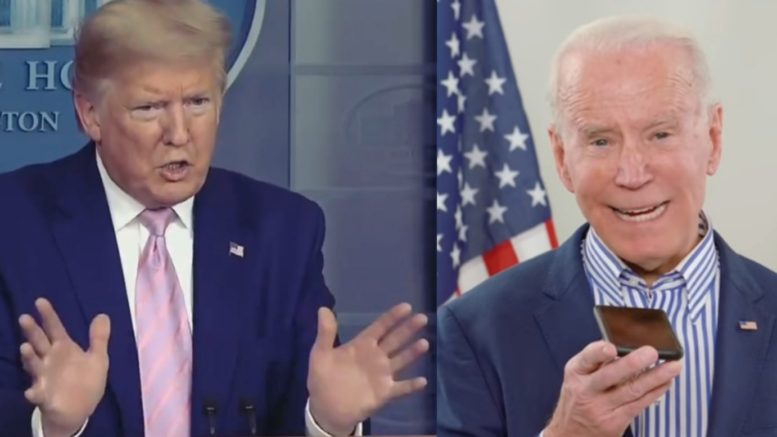 During Saturday’s coronavirus briefing, a reporter informed President Trump that his rival, Joe Biden, “attacked” him on Twitter.

The reporter was referring to a tweet posted by Biden earlier on Saturday, which she read out loud for the President.

After hearing Biden’s tweet read out loud by the reporter, Trump replied, “He didn’t write that. That was done by a Democrat operative. He doesn’t write…He’s probably not even watching right now. And if he is, he doesn’t understand what he’s watching.”

“But just so you understand, it was very nice what they wrote,” Trump said. “They released it at a strange time, you know, sort of a strange time to release something like that, but he admitted that I was right.”

Then after citing an article by The Federalist, he declared, “I was early. Dr. Fauci, I don’t think he’s changed his mind but he said it was a very important step when we stopped China from coming in from the specific area that was heavily infected. We would have a whole different thing right now.” Video Below

Related Article: President Trump On ICIG & Whistleblower: “He’s A Fake Whistleblower & Frankly, Somebody Ought To Sue His Ass Off”

President Trump asked about a Tweet by @JoeBiden attacking him:

“He didn’t write that. That was done by a Democrat operative. He doesn’t write.” pic.twitter.com/czvdvgnwGY