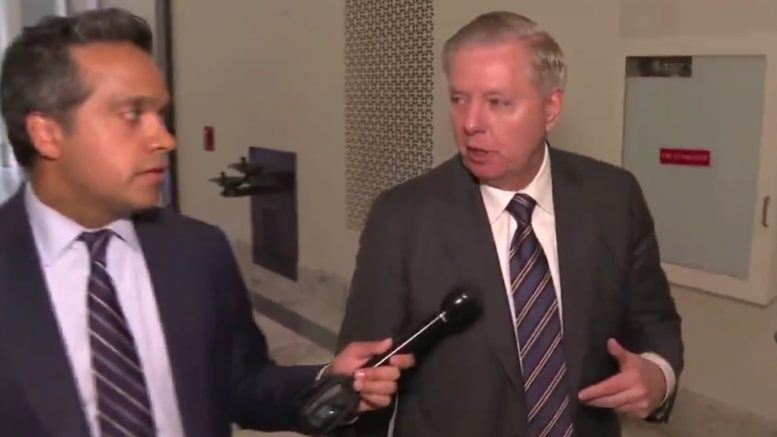 Senator Lindsey Graham thinks it’s acceptable for President Trump to call COVID-19 the “Chinese virus” because not only did it come from China, but the country is trying to direct blame on the United States over their own negligence.

Graham weighed in to the matter while being interviewed by CNN’s Manu Raju.

Raju said, “The president continues to call this the ‘Chinese virus.'”

Sen. Graham swiftly replied, “It is, it came from China.”

Raju then asked, “You think it’s ok for him to say that?”

“Yeah, I do,” Graham responded. “Because the China is accusing the American soldiers of causing this problem. So, yes we’re gonna fight back.” Video Below

Graham continued, “I’m not blaming Chinese government. It did come from China.”

“They have openly suggested it was American soldiers who created this problem. This problem came out of China and I do believe the Chinese government suppressed information that would’ve helped the world,” he declared. Video Below

Question: "The president continues to call this the 'Chinese virus.'"

Sen. Lindsey Graham: "It is, it came from China."

Question: "You think it's ok for him to say that?"