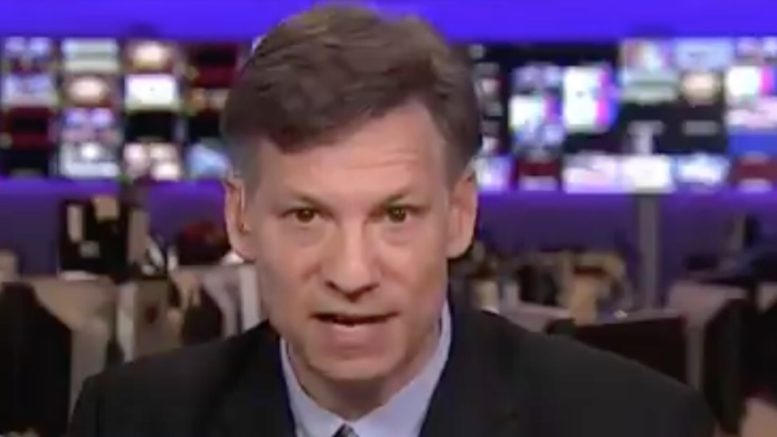 On Tuesday, NBC News’ chief foreign correspondent, Richard Engel, said that COVID-19 “came from bats” and that it is “not a China virus” even though it was first detected in China.

“It is easy to scapegoat people and that is what has always happened when there have been pandemics or epidemics– that foreigners are attacked, foreigners sometimes physically attacked,” Engel said.

“If you look at what happened during the middle ages, there was lots and lots of scapegoating against an ethnic group or religious group whenever there were pandemics that effected the society and frightened a lot of people,” said Richard Engel. “And China certainly feels that is what is happening now with people calling it the Wuhan flu, or the Wuhan virus, or the China virus.”

“This is a virus that came from the territory of China but came from bats. This is a bat virus, not a China virus,” he claimed.

“It doesn’t speak Chinese. It doesn’t target Chinese people. It targets human beings who happen to touch their eyes, nose or mouth.”

According to the Centers for Control and Disease Prevention (CDC), COVID-19 is a respiratory disease caused by a novel (new) coronavirus that was first detected in China, and which has now been detected in more than 150 locations internationally, including in the United States. The virus has been named “SARS-CoV-2” and the disease it causes has been named “coronavirus disease 2019” (abbreviated “COVID-19”). (Continued Below)

President Trump on Wednesday was asked why he uses the phrase “Chinese Virus” to describe the coronavirus that was first detected in China.

ABC’s Cecilia Vega asked President Trump: “Why do you keep calling this the Chinese Virus? There are reports of dozens of incidents of bias against Chinese Americans in this country. Your own aid, Secretary Azar said he ‘does not use this term’. He says ‘ethnicity does not cause the virus’. Why do you keep using this? A lot of people say it’s racist.”

“I have great love for all of the people from our country. But as you know, China tried to say at one point, maybe they stopped now, that it was caused by American soldiers. That can’t happen. It’s not gonna happen as long as I’m president. It comes from China,” the Commander in Chief informed ABC’s Cecilia Vega.

The White House on Wednesday tweeted: “Spanish Flu. West Nile Virus. Zika. Ebola. All named for places. Before the media’s fake outrage, even CNN called it ‘Chinese Coronavirus.’ Those trying to divide us must stop rooting for America to fail and give Americans real info they need to get through the crisis.

.@RichardEngel: "This is a virus that came from the territory of China but came from bats. This is a bat virus, not a China virus. It doesn't speak Chinese. It doesn't target Chinese people. It targets human beings who happen to touch their eyes, nose or mouth." pic.twitter.com/ljQeT7UQam

Before the media’s fake outrage, even CNN called it “Chinese Coronavirus.”

Those trying to divide us must stop rooting for America to fail and give Americans real info they need to get through the crisis.

Here are some examples of the media using the term “Chinese virus”:

Liberal media pundits want you to think referring to the coronavirus as the "Wuhan" or "Chinese" virus is racist.

Here's just a few of the times the liberal media did just that. pic.twitter.com/ss3kV5smSP

A new Chinese coronavirus, a cousin of the SARS virus, has infected more than 200 people since the outbreak began in Wuhan, China, in December. Scientist Leo Poon, who first decoded the virus, thinks it likely started in an animal and spread to humans. https://t.co/mnZKFC5ZDW

As reported by the CDC:

Coronaviruses are a large family of viruses that are common in people and many different species of animals, including camels, cattle, cats, and bats. Rarely, animal coronaviruses can infect people and then spread between people such as with MERS-CoV, SARS-CoV, and now with this new virus (named SARS-CoV-2).

The SARS-CoV-2 virus is a betacoronavirus, like MERS-CoV and SARS-CoV. All three of these viruses have their origins in bats. The sequences from U.S. patients are similar to the one that China initially posted, suggesting a likely single, recent emergence of this virus from an animal reservoir.

Some international destinations now have ongoing community spread with the virus that causes COVID-19, as do some parts of the United States. Community spread means some people have been infected and it is not known how or where they became exposed.

Related: Trump Responds To Criticism Of Using The Phrase ‘Chinese Virus’: “Saying That Our Military Gave It To Them Creates A Stigma”)