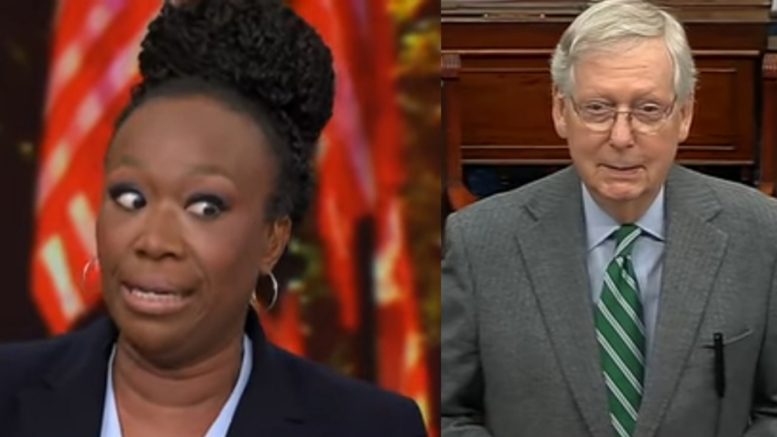 MSNBC host Joy Reid got more than she asked for after introducing a public poll on Twitter involving Senate Majority Leader Mitch McConnell.

On Tuesday, Reid posted a poll that asked: “Does Mitch McConnell have credibility with you at this point?”

Related Article: In A Poll, Donna Brazile Asks If ‘All Roads Seem To Lead To Putin’, Gets Reality Checked

Reid, who is often highly critical of Republicans, didn’t add any additional captions to the poll to influence the results. However, the timing of it fell in line with the vote that is set to take place in the Senate on the coronavirus bill.

Despite having disagreements with the coronavirus package that was passed by the House, McConnell urged the GOP to “gag and vote for it anyway”. He also faced political backlash for sending senators home on Friday, while the House was finalizing details of the package.

As Reid’s poll came to a close on Wednesday, a whopping 120,317 Twitter users weighed in, with well over half of them (56%) answering “Yes” that McConnell has credibility…probably not the result Joy was hoping for. See Below

Does @senatemajldr have credibility with you at this point?

To top things off, Reid got blasted in the comment section where a poll targeted the MSNBC host’s credibility.

The poll, which was created by a random Twitter user, asked “Does Joy Reid have credibility with you at this point?”

And the results were much more lopsided in comparison to McConnell’s poll, as 87% of the 26,158 respondents said they do not think Reid is credible, while only 13% believe that she is.

Does @JoyAnnReid have credibility with you at this point?