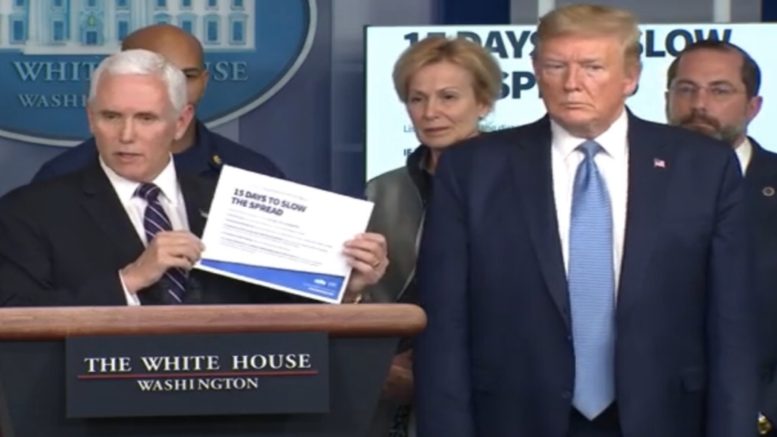 President Donald Trump announced four guidelines on Monday that should be followed by all Americans for the next 15 days to stop the spread of the coronavirus.

He also posted a guide on 15 days to slow the spread of the virus and how to do your part.

Information can also be found at coronavirus.gov.

“If everyone makes this change, or these critical changes and sacrifices now, we will rally together as one nation and we will defeat the virus,” President Trump said in the White House briefing room. “We’re going to have a big celebration altogether. … We’d much rather be ahead of the curve than behind it.”

The president also suggested on Monday that the United States could battle the coronavirus through July or August. “They think August, it could be July, could be longer than that,” the president said, referring to answers he has gotten when consulting public health officials on the timeline.

The Commander in Chief said he wasn’t considering a nationwide lockdown, but that “certain areas” of the country with large numbers of cases could take such measures. “At this point, not nationwide,” the president said. “We may look at certain areas, certain hotspots as they call them.” (Continued Below) 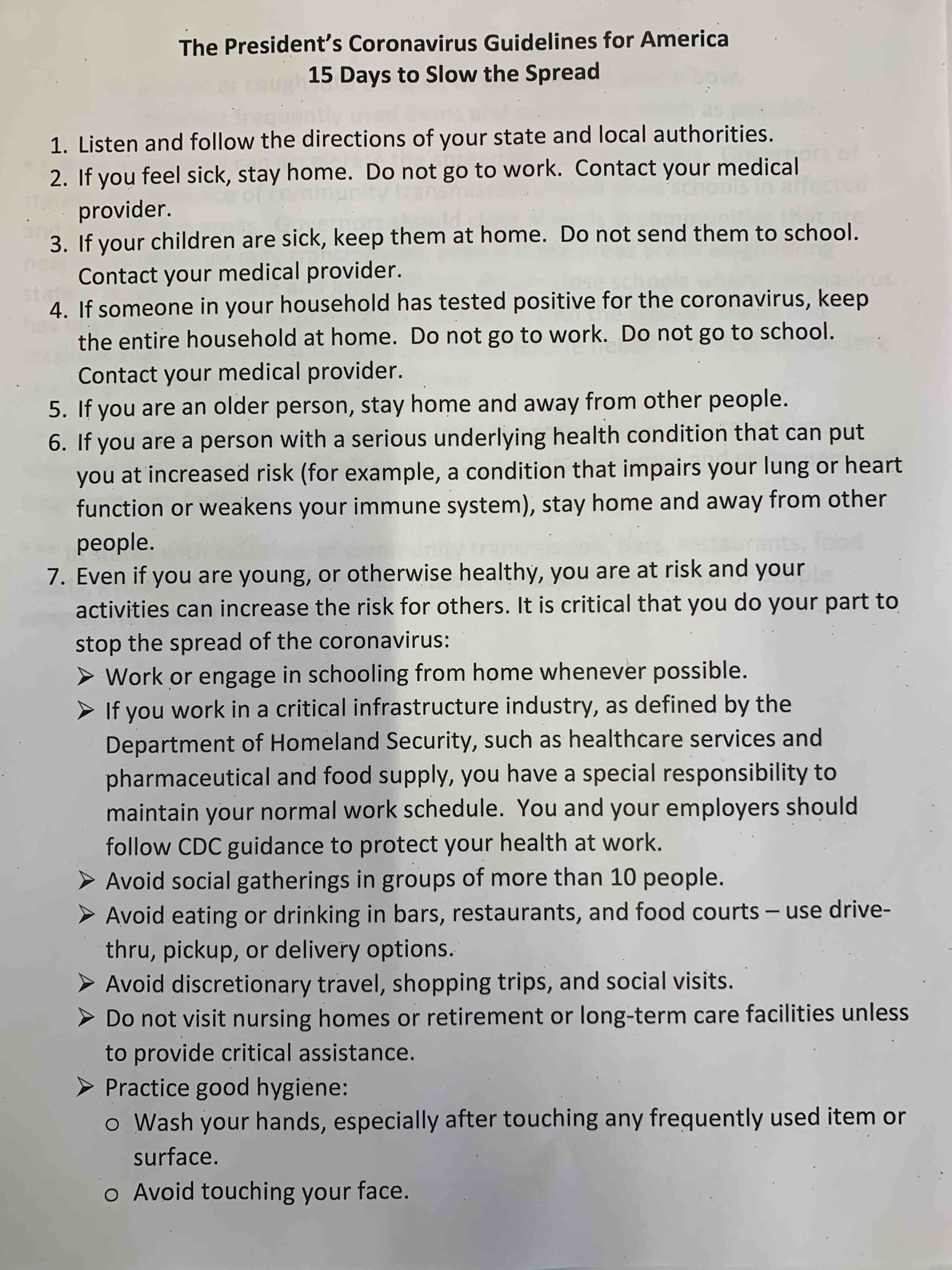 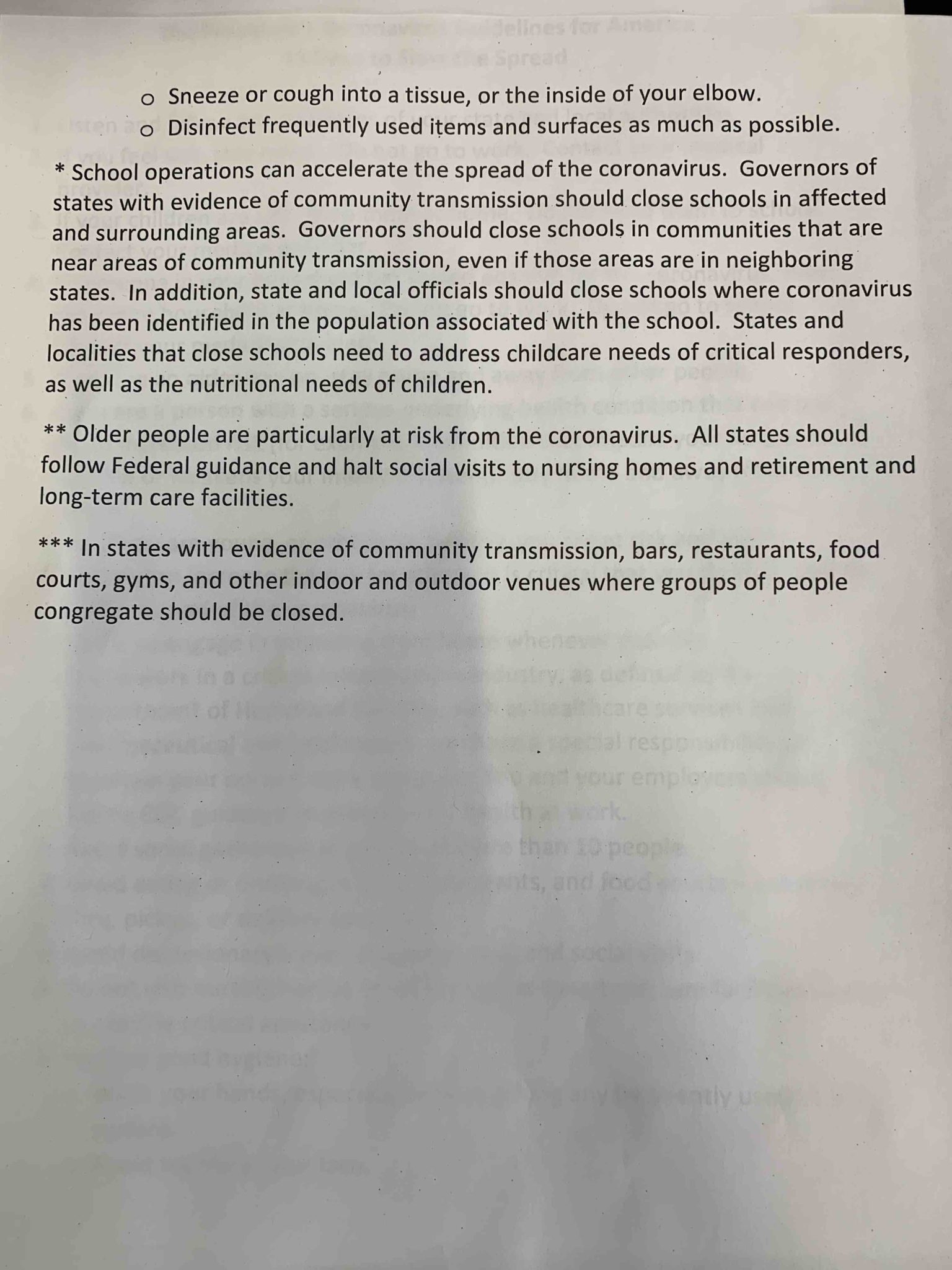 The president also tweeted on Monday: