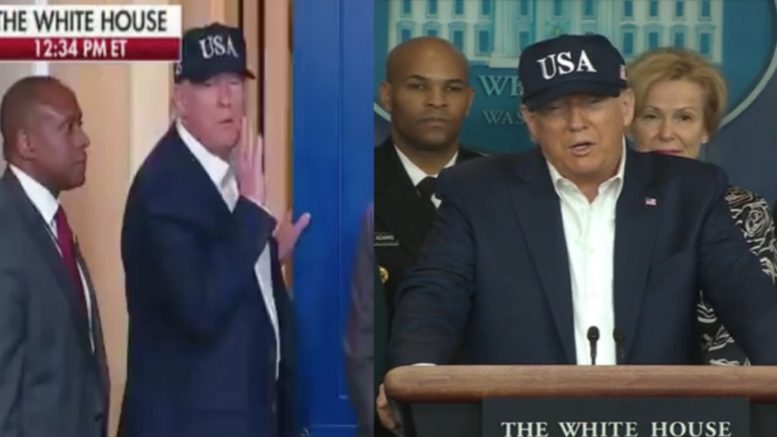 The White House coronavirus task force held a news conference on Saturday to give an update on COVID-19. During the briefing, President Donald Trump said that he has been tested for the coronavirus on Friday night after being in contact with at least three people who later tested positive for the virus.

The president told reporters during the news conference that the test had been sent to the lab and that he expects to have the results within a day or two. The results from the coronavirus test came back Saturday evening, and it was negative, meaning he does not have the virus, according to the White House physician.

The New York Times was first to report that the president tested negative for COVID-19 on Saturday night.

“Last night after an in-depth discussion with the President regarding COVID-19 testing, he elected to proceed,” Dr. Sean Conley said in a release. “This evening I received confirmation that the test is negative.”

“One week after having dinner with the Brazilian delegation in Mar-a-Lago, the President remains symptom-free,” he added. “I have been in daily contact with the CDC [Centers for Disease Control and Prevention] and White House Coronavirus Task Force, and we are encouraging the implementation of all their best practices for exposure reduction and transmission mitigation.”

“I also took the test,” President Trump had said in the White House briefing room Saturday. “I decided I should, based on the press conference yesterday. People were asking that I take the test.” (Continued Below)

From the president’s physician: “the test is negative.” pic.twitter.com/LijFqqkfrW

When President Trump left the briefing room, reporters had asked him what his temperature was. “Was your temperature normal, Mr. President?” a reporter asked, to which he replied, “Totally normal. If it wasn’t, I wouldn’t have been here.”