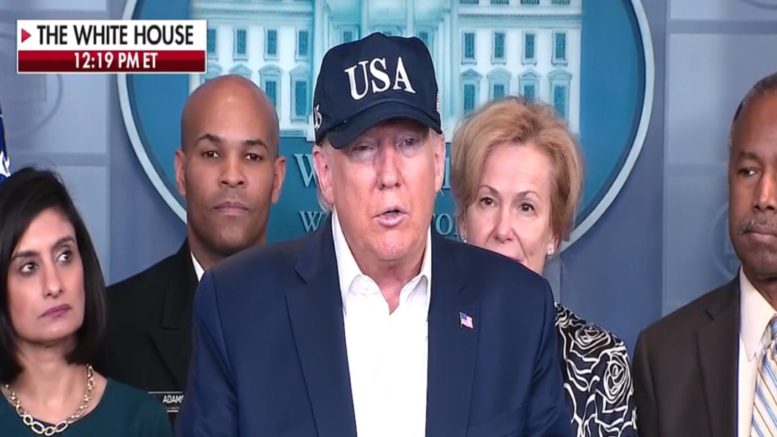 The White House coronavirus task force held a news conference on Saturday to give an update on COVID-19.

President Donald Trump said that he has been tested for the coronavirus on Friday night after being in contact with at least three people who later tested positive for the virus.

The president told reporters during the news conference that the test had been sent to the lab and that he expects to have the results within a day or two.

“I had my temperature taken coming into the room. … I also took the test last night,” President Trump said. “And I decided based on the press conference yesterday– people were asking did I take the test.”

When President Trump left the briefing room, reporters had asked him what his temperature was. “Was your temperature normal, Mr. President?” a reporter asked, to which he replied, “Totally normal. If it wasn’t, I wouldn’t have been here.” (Continued Below)

A letter from the White House doctor, Commander Sean Conley, on Friday, insisted that the president does not need to be tested and that he remains a low risk.

Also on Friday, President Trump took to Twitter to announce March 15 as a National Day of Prayer. “It is my great honor to declare Sunday, March 15th as a National Day of Prayer. We are a Country that, throughout our history, has looked to God for protection and strength in times like these,” the president tweeted. “No matter where you may be, I encourage you to turn towards prayer in an act of faith. Together, we will easily PREVAIL!” (Video Below)

President Trump confirms he was tested for the coronavirus:

The White House released a memo from President Trump’s physician saying his exposure to two people who contracted the coronavirus doesn’t require a self-quarantine or test. 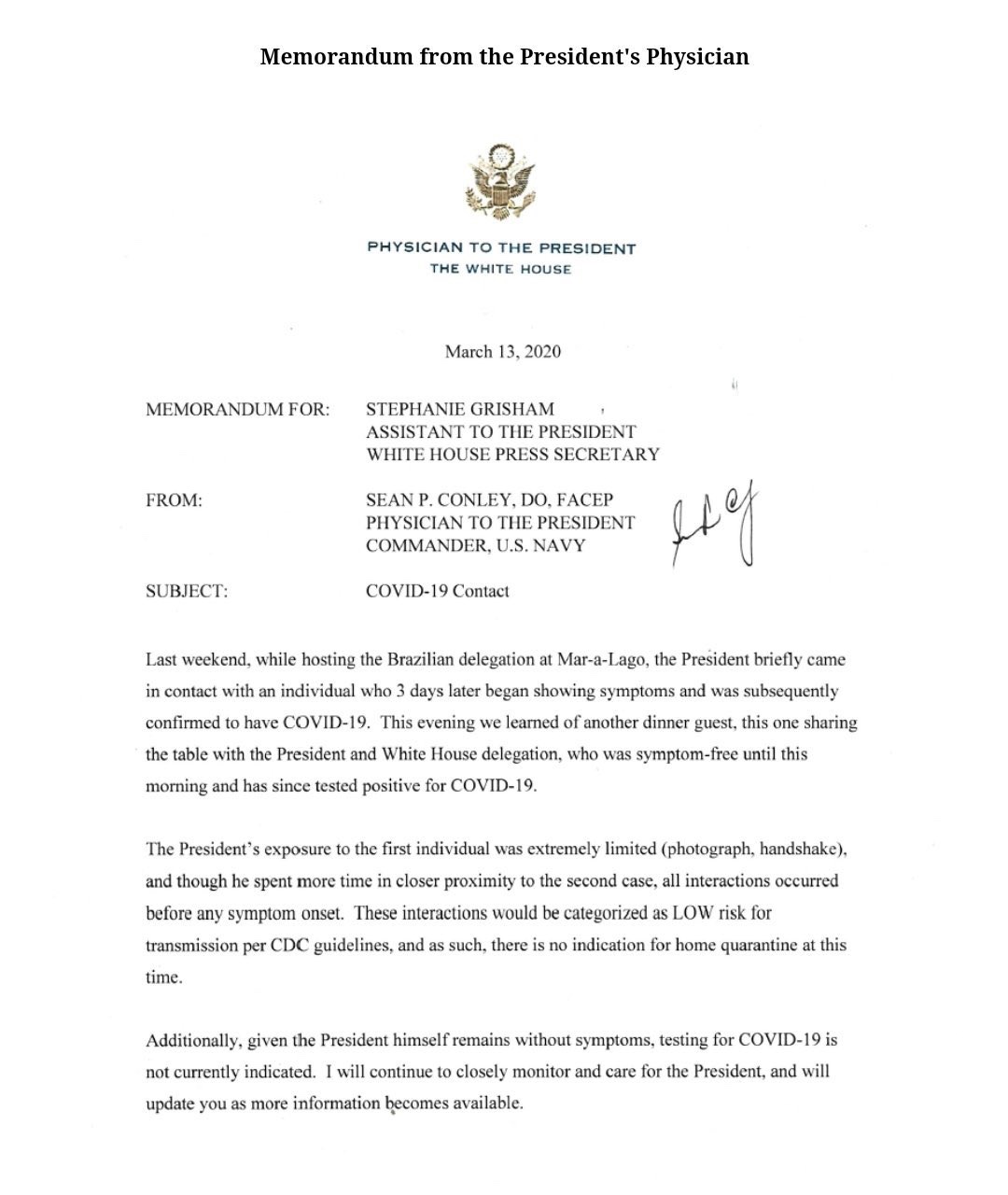 The journalist who was turned away from the White House press briefing on Saturday for having a fever:

This is the journalist turned away from the White House press briefing for having a fever.

He’s from the outlet CGTN—an English language channel that is Chinese owned. pic.twitter.com/lyEbWTU5qn