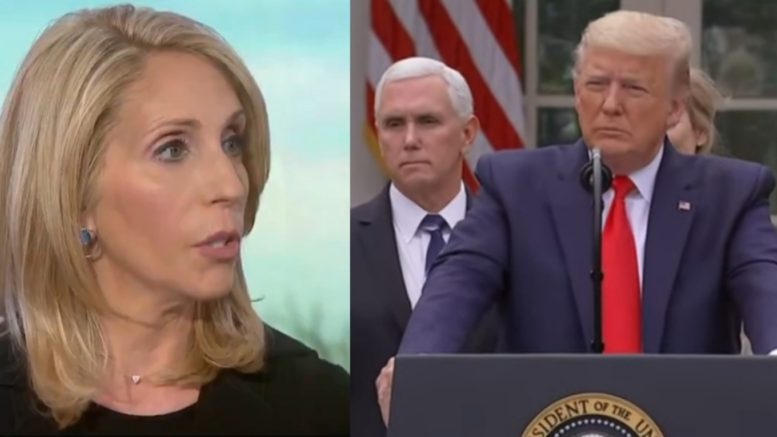 CNN reporter Dana Bash appeared to compliment President Trump’s handling of the coronavirus in wake of him declaring a National Emergency and announcing how his administration plans to take on the virus head on during Friday’s coronavirus press conference.

Bash likened the President’s strategy to a “war effort”, suggested his “show of force” will make Americans feel better about the situation compared to his Oval Office speech just days earlier.

In reference to Trump’s coronavirus press conference, Bash said, “What we saw there, more broadly, was like as close to akin to a war effort, as we have seen in a long time.”

Bash clarified what she meant by war effort was “partnering with private sector companies that do this.”

“And doing it in a way that, I think will make people feel a lot better, at least, the show of force that [Sanjay Gupta] called it,” Bash proclaimed. Video Below

Since the press conference, President Trump encouraged both Republicans and Democrats to come together and vote “Yes” on a coronavirus relief bill, which was passed last night.

In ending, here is video of CMS Administator describing just how much of an impact Trump’s emergency declaration will have on combating the coronavirus.

.@realDonaldTrump's emergency declaration allows for a "massive mobilization of our country's resources to combat this terrible virus. And the flexibilities we're offering will be a godsend to the providers, clinicians, and facilities on the front lines of this fight."– @SeemaCMS pic.twitter.com/YZ90CbPHXm