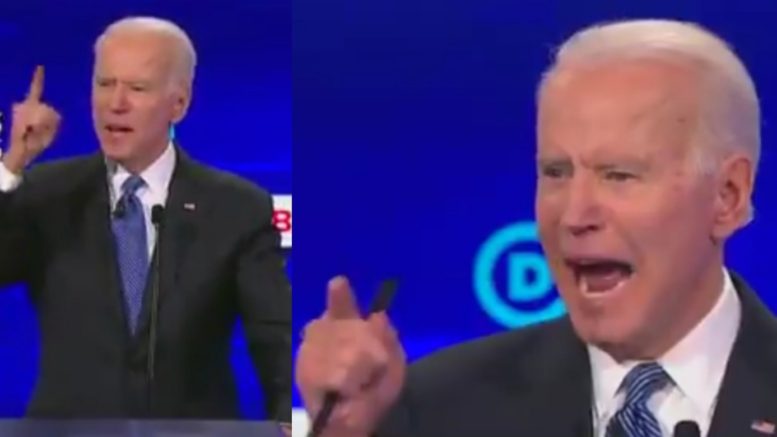 During Tuesday’s debate, Democratic presidential candidate Joe Biden inaccurately claimed that 150 million people, or over 40% of America’s population, have been killed “on our streets” since 2007 from gun violence.

The suggestion came as candidates were discussing holding gun manufacturers accountable for gun violence, which is something Biden thinks Bernie Sanders has failed to do.

He continued, “150 million people have been killed since 2007 when Bernie voted to exempt the gun manufacturers from liability. More than all the wars including Vietnam from that point on.”

As reported by Newsweek:

“Data from the National Archives indicates that 58,220 U.S. soldiers were killed during the Vietnam War. Roughly over 7,000 U.S. soldiers were killed in action during military actions in the Middle East, according to the Department of Defense. With the U.S. Census Bureau reporting a population of 327.2 million people in the country in 2018, Biden’s figure would equate to approximately one-third of the U.S. population.”

Following Tuesday’s debate, Bidens campaign relaeased a statement where they said they former VP misspoke and meant to say 150,000 instead of 150 million, according to CNN’s Daniel Dale.

Biden campaign tells @KatieLobosco he misspoke when he said "150 million" people have been killed since a Sanders vote in "2007" (2005) to shield gunmakers from certain liability — the campaign says he meant to refer to *150,000* people killed in firearm homicides since then.

The latest inaccurate statement made by Biden comes just one day after he told South Carolina voters that he is running for Senate.

Such remarks couldn’t have happened at a worst time for Biden, who is hoping to squeeze out his first primary victory in South Carolina, which he once considered to be a “firewall” to his campaign.