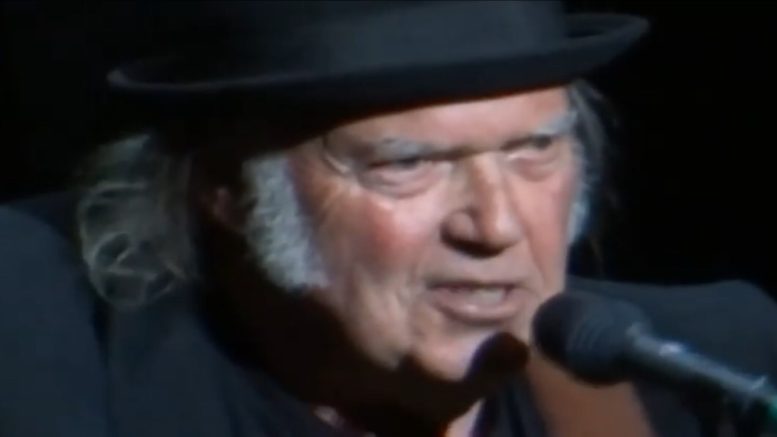 In an open letter, Canadian born rocker, Neil Young, told President Donald Trump that he’s “a disgrace” to America and vowed “we are going to vote you out” in November.

He also expressed his disgust that his song “Keep on Rockin’ in the Free World” is played during President Trump’s rallies.

“You are a disgrace to my country. Bragging about the US economy does not disguise the fact that the numbers today are what you inherited almost 4 years ago.

Your mindless destruction of our shared natural resources, our environment and our relationships with friends around the world is unforgivable.

Your policies, decisions and short term thinking continue to exacerbate the Climate Crisis. Our first black president was a better man than you are,” he wrote. Continued Below

Neil Young expressed disgust at the thought of his music being played during President Trump’s rallies. “Every time “Keep on Rockin’ in the Free World” or one of my songs is played at your rallies, I hope you hear my voice. Remember it is the voice of a tax-paying US citizen who does not support you. Me,” he wrote.

Then, he said he doesn’t necessarily harbor disdain for Trump supporters: “I don’t blame the people who voted for you. I support their right to express themselves, although they have been lied to, and in many cases believed the lies, they are true Americans. I have their back. US justice is ours-not yours.”

Young endorsed socialist Democratic candidate Sen. Bernie Sanders (I-VT) for president. “One of your opponents has the answers I like. He is aiming at preserving our children’s future directly. He is not popular with the democratic establishment because unlike all the other candidates, he is not pandering to the industries accelerating Earth’s Climate Disaster,” he wrote. “He is truly fighting for the USA. His initials are B.S. Not his policies.” Continued Below

Neil Young concluded his letter to President Trump by vowing to vote him out. “We are going to vote you out and Make America Great Again,” he wrote.

Young, 74, became a U.S. citizen in January but has also decided to keep his Canadian citizenship, reported Breitbart. 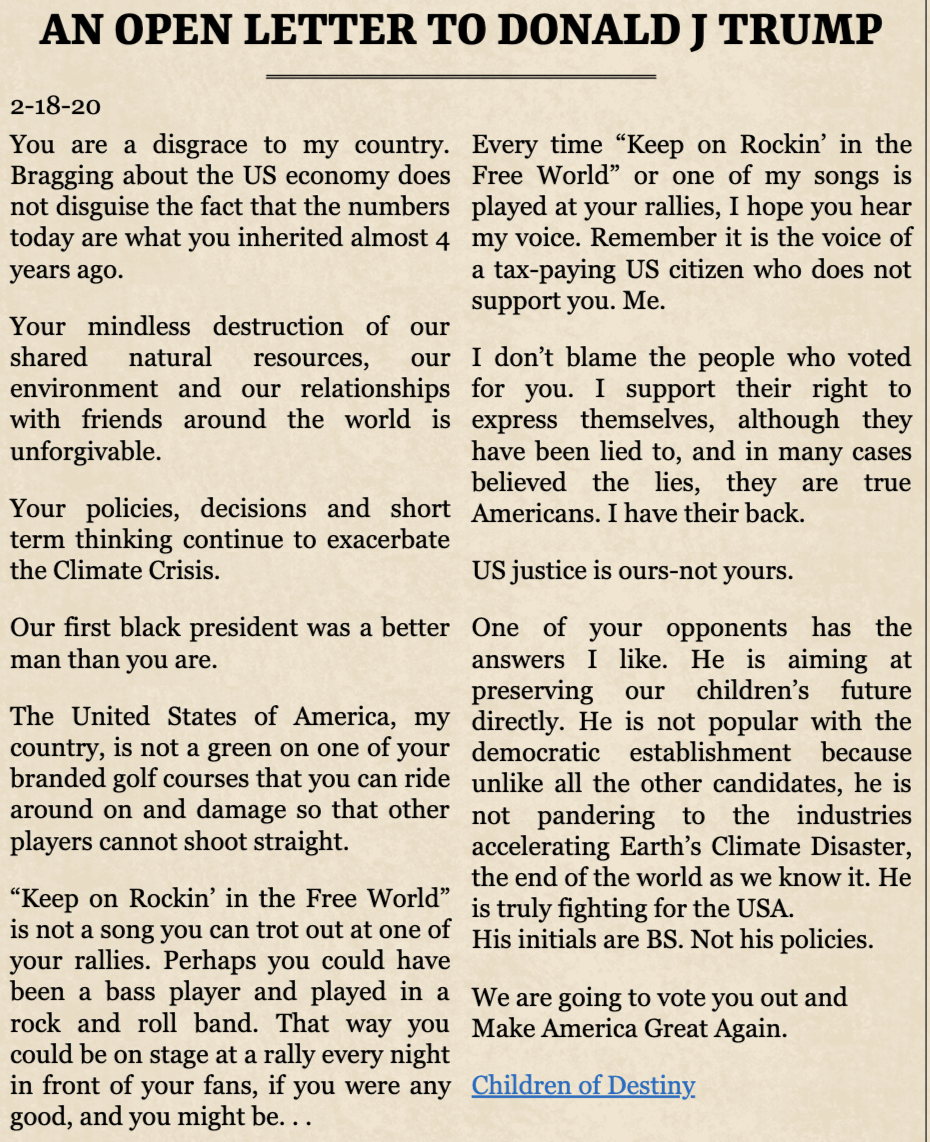 (Related: Alice Cooper Rips Politicized Musicians: ‘You’re Telling Your Fans Not To Think For Themselves!’)