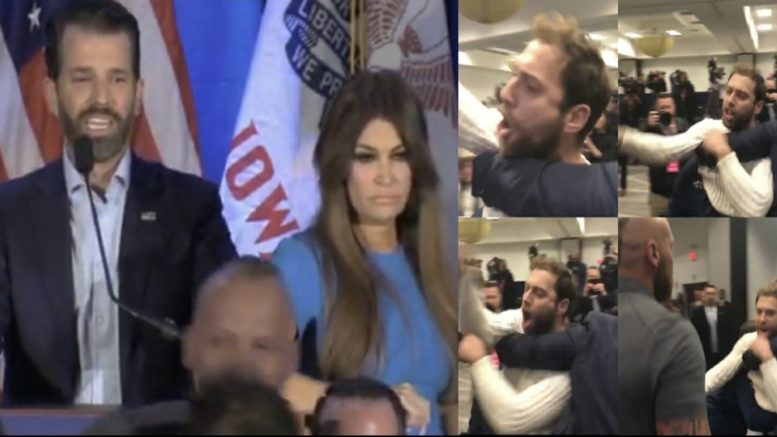 As Donald Trump Jr. was speaking, the male protestor shouted and accused President Trump of anti-Semitism.

Related Article: Don Jr. Responds To Report Of John Kerry Discussing Possibly Running For President: ‘He Won’t Have Time To Do Iran’s Bidding’

“Ever since your father was elected president, more and more Jews are being gunned down every year,” the man yelled at Donald Trump Jr.

Trump Jr. responded, “Well, I don’t think anyone has done more for Israel and American Jews than Donald Trump, so you could keep going.” Videos Below

As the crowd chanted “USA!”, Trump Jr. looked in the direction of the protestor and said, “This is why I wrote the book ‘Triggered’ folks! ..There ya have it!”

He continued, “So Donald Trump, who’s done more for the state of Israel, who’s defended Jews, who has combated the Hamas caucus in Congress, where there are Democrats in Congress saying anti-Semitic things, but that will be the headline.”

Trump Jr. was then met with a standing ovation from the audience over his comeback for the heckler. Videos Below

Here is video of the full news conference: