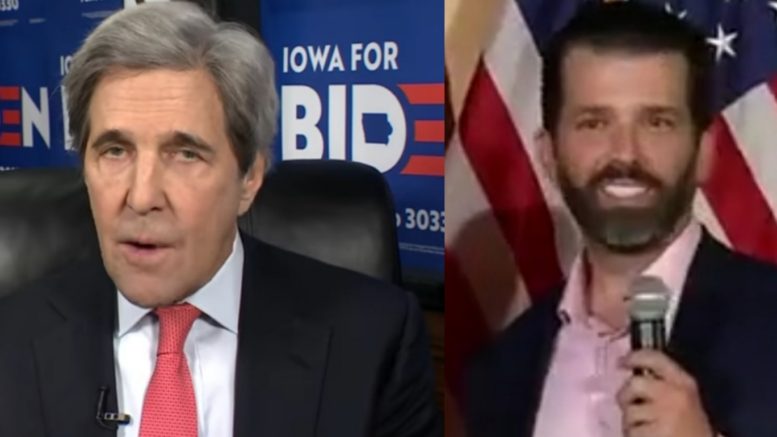 On Sunday, NBC News reported that one of their analysts allegedly over-heard Kerry’s phone conversation “explaining what he would have to do to enter the presidential race amid ‘the possibility of Bernie Sanders taking down the Democratic Party — down whole.'”

As reported by NBC:

“Sitting in the lobby restaurant of the Renaissance Savery hotel, Kerry was overheard by an NBC News analyst saying ‘maybe I’m f—ing deluding myself here’ and explaining that in order to run, he’d have to step down from the board of Bank of America and give up his ability to make paid speeches. Kerry said donors like venture capitalist Doug Hickey would have to ‘raise a couple of million,’ adding that such donors ‘now have the reality of Bernie.'”

Kerry has since denied that he is running for President, and he suggested in a tweet that “any report otherwise is f—ing (or categorically) false.” He later deleted the tweet, and reposted it without the f-word. However, we were able to obtain the original tweet as can be seen below. 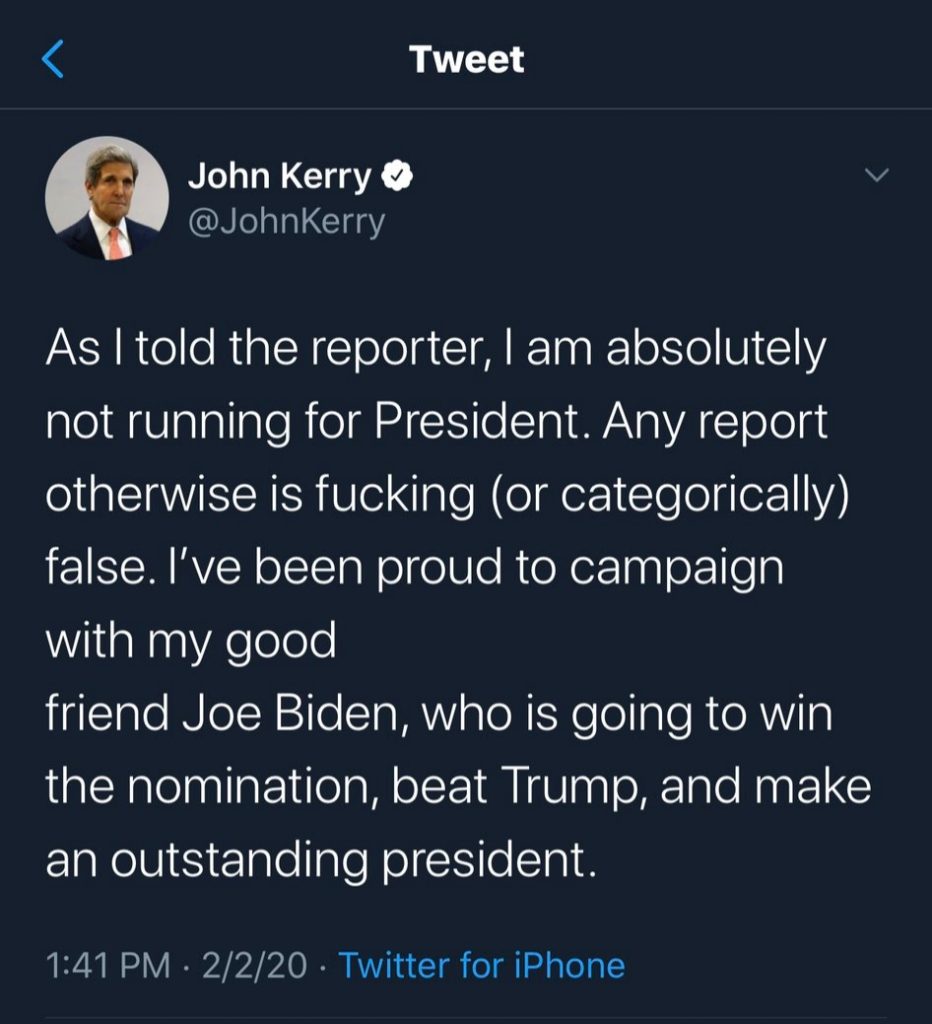 Donald Trump Jr. mocked the possibility of Kerry running for President, where he labeled the former Secretary of State as “Tehran John” and said such a move could be goodn since it would take away from Kerry “bidding” for Iran.

“On a positive note if he’s busy running he wont have time to do Iran’s bidding,” he added. See Below

On a positive note if he’s busy running he won’t have time to do Iran’s bidding. https://t.co/4wpW7fBg9S

Towards the end of Barack Obama’s presidency, Kerry helped negotiate the Iran Nuclear Deal, which freed up billions of dollars to Iran.

Kerry later took heat for reportedly being involved in secret meetings with Iran’s foreign minister to strategize how to undermine President Trump decision to withdraw from the Iran nuclear deal.