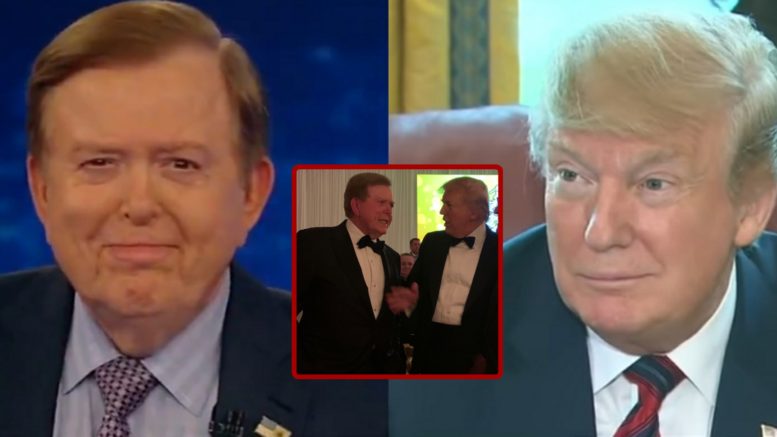 Lou Dobbs Tonight reached a milestone as being the number one business show on television for 49 consecutive months.

To celebrate, Fox Business host Lou Dobbs tweeted out a graphic, and captioned it, “Winning! 49 straight months and counting as #1 on Business Television. Thank you!” He included the hashtags #MAGA #AmericaFirst #Dobbs.

President Donald Trump publicly congratulated  Mr. Dobbs on Saturday after learning of his milestone, and complimented the host for his “fair” and “objective” coverage.

“Lou has shown the Fake News what happens when you cover ‘America’s Greatest President’ fairly & objectively!” Trump added. See Below

Just moments later, Dobbs traded compliments with the President by thanking him for all that he does for America every day.

Thank you, Mr. President—and thank you for all you do for America every day! https://t.co/CFZ2xMuajr

In ending, here is a rare picture of Lou Dobbs standing with the President at his Mar-a-Lago beach resort on New Years Eve with Rudy Giuliani: