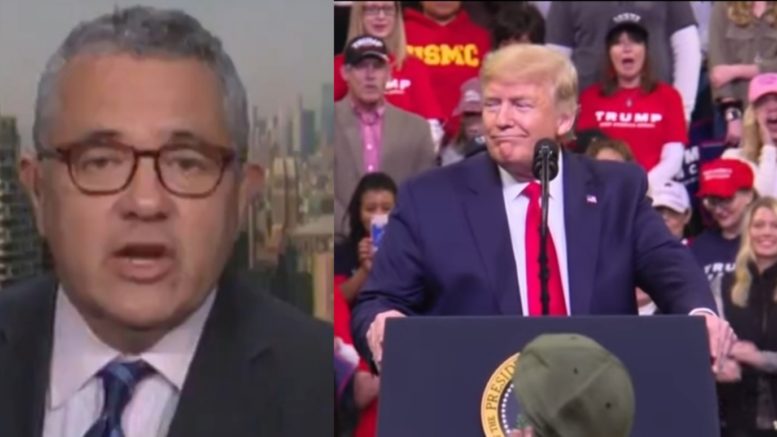 On Friday, the Senate voted 51-49 to deny Democrats’ demand to call witnesses and new documents in the impeachment trial.

“Trump won,” Toobin said in reaction to the the Senate’s Friday late-afternoon vote. “I mean, you know, he’s gonna win this trial.”

“He won on the issue of witnesses, he’s gonna get acquitted and that’s how history will remember what went on here,” he declared.

The the Senate’s vote to reject calling witnesses forward paves the way for President Trump’s acquittal, which is expected in the coming days as the trial wraps up.

In ending, here is President Trump’s reaction to Friday’s vote: