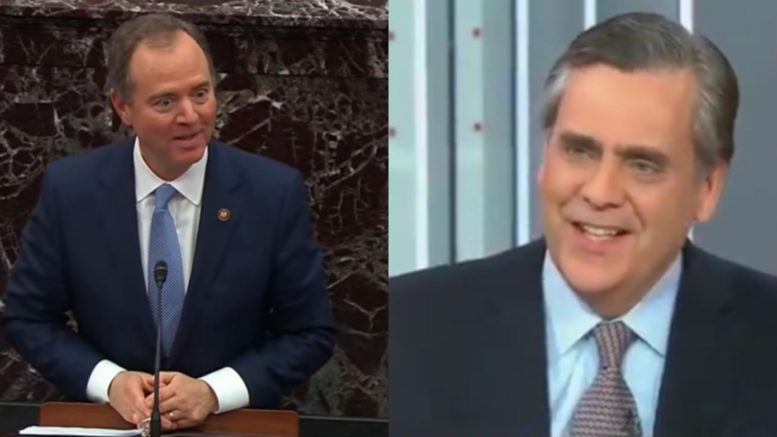 Professor Jonathon Turley suggested Democrat impeachment managers may have “lost their case” after implying President Trump was a Russian asset during their final day of impeachment arguments on Friday.

Turley made the assessment to other panelists while discussing the latest developments of the impeachment trial on CBS.

As reported by The New York Daily News:

“House Democrats painted Donald Trump’s presidency as a success story for Vladimir Putin in their last round of impeachment trial arguments Friday, charging that the U.S. commander-in-chief’s Ukraine scandal was, in large part, born out of his penchant for Russian propaganda.”

Professor Turley said that the attempt by Democrats to connect President Trump to Russia “may have been more passion than persuasion” and “a touch too much” for Republican Senators, who he said are not “going to buy that narrative.” Video Below

Related Article: Prof. Turley: Nadler Made A “Major Blunder” When He Said Senators “Could Be Engaged In A Cover-up”

“It might have been a tad too much,” Turley said in his remarks. “It may have been more passion than persuasion because they went so far that they virtually accused the president of being a Russian asset and just short of having a KGB email address.”

Video: @JonathanTurley slams Dems on Friday's presentation thus far: "There may have been more passion than persuasion there because they went so far that they virtually accused the President of being a Russian asset and just short of having a KGB e-mail address." pic.twitter.com/y0w4Awds89