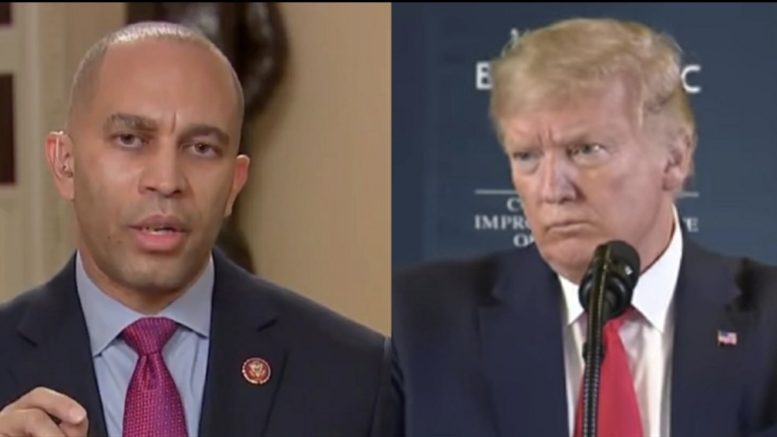 As day three of the Senate impeachment trial winded down, Democrat impeachment manager Rep. Hakeem Jeffries voiced confidence that his team has so far made a solid case to justify both articles of impeachment against President Trump, who he referred to as a “despotic figure.”

Moving forward, Jeffries claims he and other Democrats on his team are “committed” to making the case to impeach and possibly  remove Trump from office “no matter what it takes.”

Related Article: Prof. Turley: Nadler Made A “Major Blunder” When He Said Senators “Could Be Engaged In A Cover-up”

“We really believe we are upholding our Constitutional responsibility to defend our democracy against a dangerous president, who’s out of control,” Jeffries told Rachel Maddow.

He continued, “And the one mechanism that the framers of the Constitution put into place to deal with a despotic figure, like Donald Trump, is impeachment with possible removal.”

“And so, we’re committed to making that case no matter what it takes,” Jeffries declared. Video Below