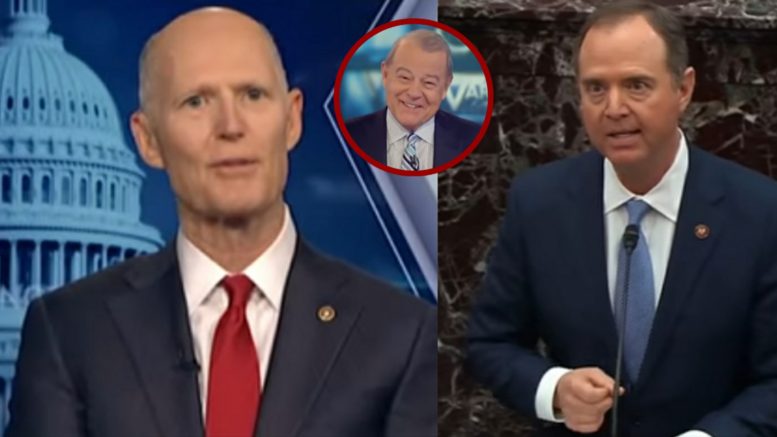 After suffering through it for almost thirteen hours, Sen. Scott is now dreading what’s to come, and would much rather be doing things that he thinks really matter to Americans.

Scott said, “I think people had a lot of coffee trying to stay awake, but it was really boring.”

“House Democrats are trying to waste time and change the rules cause they know they don’t have a case,” Sen. Scott asserted. “…I think the American public is, one, bored and they’re frustrated that, you know, the Democrats are stopping us from doing things.”

He continued, “All they talked about last night was ‘Oh, we need more, we need more.’ Well, this was their job. They say they are so conmitted to getting this impeachment done, getting it done quickly. Now gosh, they need more witnesses, they need to slow this down.” Video Below

Related Article: Trump Jr. Blasts Schiff’s Demand For Fairness In The Senate Trial: “Now He Doesn’t Want To Play By His Rules!?!?”

In terms of what it was like sitting through it, Scott said, “You have to sit in your chair the whole time, you can’t talk to anybody in the room, no electronics.”

“It was pretty boring last night because we heard the same argument like every two hours…because every amendment was two hours. And so, for the first hour, Adam Schiff would get up there and say the same monotonous thing,” he proclaimed. Video Below

Joe Biden On The Worst Jobs Report Of His Presidency: “It’s A Historic Day”