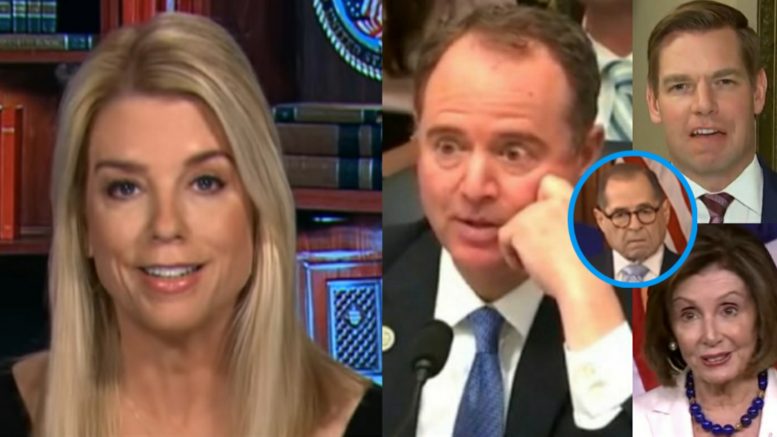 Former Florida Attorney General Pam Bondi said she and the rest of President Trump’s legal team are fully prepared to take on the Democrats’ “flimsy” impeachment case in the Senate and are “ready to go”.

While appearing on Hannity, Bondi weighed in on what to expect from the Senate’s impeachment trial that is set to begin on Tuesday.

Bondi, who was recently named as one of the attorneys defending President against two articles of impeachment, told  Sean Hannity, “We’re ready to get this behind us because, as you’ve said, the President has done absolutely nothing wrong.”

“If they had articles of impeachment that alleged crimes, they should have been presented in the House,” she said in reference to House Speaker Nancy Pelosi’s comments. “If the President was a clear and present danger — really — that should have been sent over prior, way prior to Christmas!”

Bondi went on to say that instead, Democrats decided to hold on to articles of impeachment for four weeks before transmitting them to the Senate because “they have nothing.” Video Below

“So what we’re gonna have here, Sean, is a fair trial,” Bondi declared. “And we’re very excited to put this behind the President — get thim behind him as soon as possible because he did nothing wrong.”

“They have sent over the flimsiest of flimsy evidence, if you could even call it that,” she added. “And so, I think this going to go very quick.”

On the topic of whether witnesses should be brought forward, Bondi said, “if [Democrats] want witnesses, bring it on cause we’re gonna have plenty of witnesses to call.” Video Below

Lance Armstrong Brags He ‘Blew The Doors’ Off Pence On A Bike Path, Gorka Fires Back: Perfect Example Of Why Trump Is President