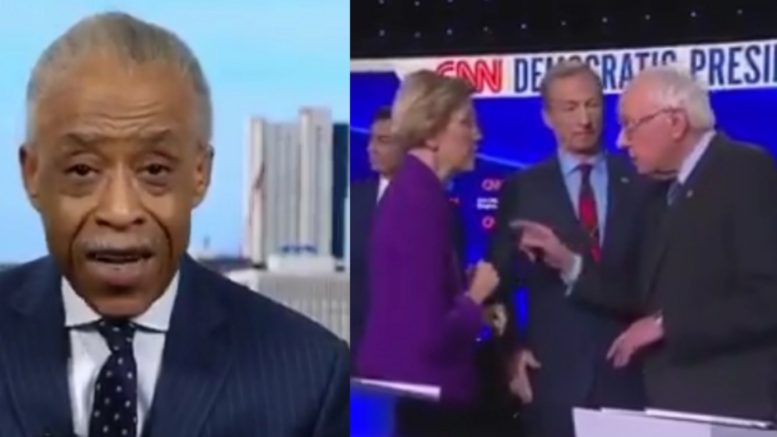 Reverend Al Sharpton is not convinced that any of the Democrat Presidentential candidates appear to have what it takes to defeat a fighter like President Donald Trump.

As an example, Sharpton compared campaigning for President to boxing and he referenced that he and Trump used to run into each other at boxing matches around the time that Mike Tyson was competing.

‘You don’t become champion by just saying, I’ll get by this round.’ You gotta take the title,” Sharpton declared.

He continued, “I didn’t see anybody on the stage last night, or in the ring that really said, ‘I’m taking charge. I can be President. I can take on Donald Trump.’ Cause he is going to come in with that kind of mindset. And I don’t see that mindset yet in any if the candidates.”Videos Below

Al Sharpton on Democrat debate: “I didn’t see anybody” that “can take on Donald Trump”https://t.co/RH1WKR34Pa pic.twitter.com/0T1JEyxgNX

Sharpton wasn’t the only left-leaning political analyst who voiced worry about the performance of all Democrat candidates who participated in Tuesday’s debate.

CNN’s Van Jones struck the same note as Sharpton in his response to the debate. We leave you with a pair his reactions to it:

Van Jones on the Democrat debate: “I came away feeling worried for the Democratic Party”https://t.co/oNVy3Nd1OX pic.twitter.com/6JpW9kf6Xb