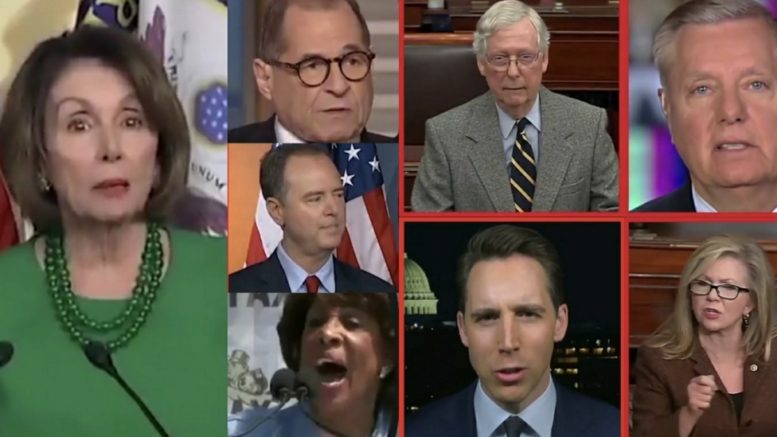 House Speaker Nancy Pelosi announced there will be a vote on Wednesday to transmit the two articles of impeachment against President Trump, which will likely kick off the start of the highly anticipated Senate trial.

As news of Pelosi’s decision began to circulate, Senate Republicans blasted out a message signifying how fully prepared they are to handle the final phase of the impeachment process.

Senate Republicans uploaded a video on Tuesday evening that trolled a handful of House Democrats by showing statements made over time in regards to impeachment.

“@SpeakerPelosi’s ‘urgent’ impeachment will come to the Senate tomorrow,” the video is captioned. “Now…it’s our turn.”

Maxine Waters, Rashida Tlaib, Jerry Nadler, Adam Schiff and Nancy Pelosi are among the Democrats featured in the beginning of the short clip, where their questionable sense of “urgency” was the primary target.

Related Article: McConnell: Dems “Are Afraid Of Having The Senate Judge The Case They Are Actually Going To Send Us”

The video then cuts to various Senate Republicans making statements against the entire impeachment process, which leads to Senator Josh Hawley saying, “The Senate is ready to have a trial. The President deserves to have a trial. The American people deserve a trial so we can put this thing to rest.”

Mitch McConnell ends the video by saying, “It’s the Senate’s turn now to render sober judgment as the framers intended.” Video Below

.@SpeakerPelosi’s “urgent” impeachment will come to the Senate tomorrow.