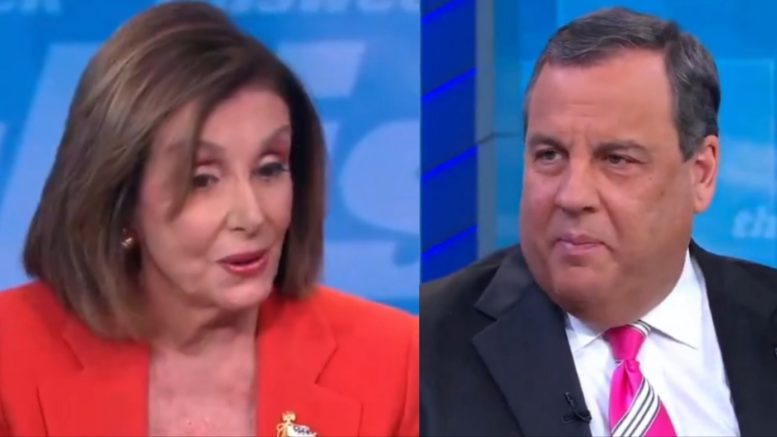 Former New Jersey Governor Chris Christie thinks House Speaker Nancy Pelosi made a “serious error” by withholding articles of impeachment from the Senate for over three weeks since they were approved by the House.

Christie made the assessment while joining four other panelists on ABC’s This Week.

“In the end, nobody does this better than Mitch McConnell. And that’s what Nancy Pelosi learned over the last three weeks, and what Chuck Schumer has learned time and time again,” Christie said.

Christie labeled Mitch McConnell as the “new master of the Senate”, since the days of Lyndon B. Johnson, who was Senate majority leader before serving as John F. Kennedy’s Vice President and then ultimately became President.

He added, “This has been a really good week for the President. And it’s largely because the Speaker made a serious error in political in judgement, in my view by holding back.” Video Below

George Stephanopoulos interrupted to point out that in the end, there was only a one week difference from when the trial would have naturally taken place had Pelosi immediately transmitted the articles after the December 18th vote.

“I understand,” Christie replied. “But during this period of time, it’s allowed people not to focus on the beginning of a trial…and [President Trump] was allowed to talk about other things — do other things that I’m sure we’ll talk about later.” Video Below

Christie on ABC: Pelosi made a “serious error in political judgement” by holding articleshttps://t.co/PhUgkzTg4Y pic.twitter.com/Ji2JUMe7YY

In ending here is video of Washington Post’s political insider Rachael Bade revealing that many Democrats on Capitol Hill think Nancy Pelosi’s decision to hold articles of impeachment was a “failed strategy.”

WaPo’s Bade: a lot of Democrats think Pelosi’s delay in sending articles has been a “failed strategy”https://t.co/gBiGkk9YwV pic.twitter.com/WGebnbCEu0