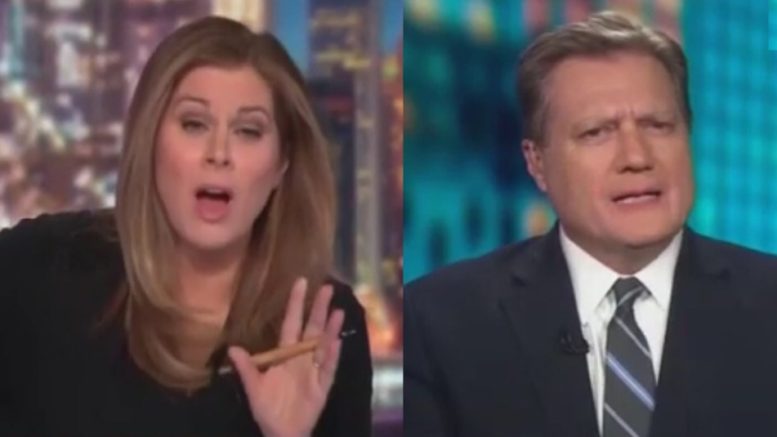 Burnett, during the conversation, dismissed Iranians who chant “death to America”, and suggested that the chant was not “seriously meant”.

“Even on your network, we’ve seen the video of the prior attack that’s happened on the Baghdad embassy. We all watched the flames and the smoke that was boiling out of the embassy in Baghdad as a result of the attack that occurred there,” Rep. Mike Turner said defending the Commander in Chief’s decision to take out Soleimani.

“So I don’t think reporting or even speculating on what Iran has been threatening– I mean, you know, Iran itself, continues to have even its entire parliament to chant “death to America.” It’s not as if it’s a surprise that Iran has been coordinating and targeting American interests throughout the Middle East,” he added.

The CNN host interjected to claim “death to America” chants are not really as big of a deal as they sound. “I will say, I will say I was in Tehran when they were chanting ‘death to America’ once,” she said.

“I was at a rally — the people couldn’t have been more friendly to me personally as an American. It sort of felt like a– it felt like a thing and a trope as opposed to anything that actually was seriously meant and considered,” Erin Burnett suggested. “I understand your point, but, having been there myself, my experience was different.” [Emphasis added.] (Continued Below)

Rep. Turner pushed back at Burnett’s claim to inform her that “death to America” is more than just a “trope” and a “slogan”.

“Erin, your entire life, Iran, pretty much your entire life, just by a few years has chanted ‘death to America.’ And they have taken actions against Americans, American interests, in ways that are lethal, killing Americans, giving weaponry to people who have intentions and who do kill Americans,” the Ohio Congressman explained.

“So it’s not just a slogan — this obviously is something Iran has systematically continued to do. It’s part of their seeking weapons of mass destruction and their claim to want to wipe Israel off the face of the Earth. These are real threats from the leadership of Iran, even though I’m glad you had a safe and a warm response, people on the street may be different than those who are controlling their military,” Rep. Turner told Burnett.. (Video Below)

Mother Of Jacob Blake Pleads For Healing Amid Unrest: “Please, Let’s Begin To Pray For Healing For Our Nation”

Stephen King Vents Frustration after Learning Brian Stelter’s Show Got ‘Canceled’ by CNN: ‘The One Show… I Never Missed’

‘Apologists & Cheerleaders for the Regime’: College Freshman Calls Out Stelter During Conference